As a Puerto Rican, I know that many of our communities are still suffering from the devastation caused by Hurricane María on September 20, 2017.

Post-storm headlines highlighted increased
mold and asthma spikes. But difficulties breathing in Puerto Rico are not new: the island can literally take your breath away.

Puerto Ricans are disproportionately affected with asthma: Adult asthma rates are 1.3 times higher than in the U.S., and Puerto Rican children are twice as likely to be afflicted as compared to U.S. children. Asthma, a complex disease influenced by both genetic and environmental factors, not only impacts individuals’ daily routines but also costs the U.S. economy more than
$80 billion per year due to medical expenses, missed work or school, loss of productivity, and transportation expenses.

This asthma burden is especially challenging in Puerto Rico, where the poverty rate surpasses 40%—large-scale studies addressing asthma causes can cost millions of dollars. And the country remains a target for tropical storms that allow fungal growth and respiratory diseases to flourish. This is worsened by the lack of planning, supplies, and disaster funds in inadequate post-disaster U.S. government responses.

So why are asthma rates so much higher in Puerto Rico? One of the hidden culprits is fungal spores.

Fungal spores are to fungi what seeds are to plants—they allow for reproduction. They also have a sizable impact on lung health. Since fungal spores are microscopic and airborne, they can get into the upper and lower respiratory tracts, triggering allergy and asthma symptoms. A recent study found that increases in fungal spore concentrations were associated with higher outpatient, hospital, and emergency department insurance claims in Puerto Rico. Due to its tropical location in the Caribbean, high humidity levels, and frequent flooding, Puerto Rico has extremely high fungal spore concentrations—as high as 110,000 spores per cubic meter of air, more than double the amount considered “very high,” according to the U.S. National Allergy Bureau’s scale.

But fungi are still underestimated as triggers of asthma in Puerto Rico. Exposure is difficult to measure and evaluating the impacts of fungi on asthma requires large and expensive studies. Additionally, asthma is a complex disease and more often studies focus on genetics, viral infections, and pollution instead of fungal exposures.

Plus, the more common fungal species in Puerto Rico’s outdoor air are not included in commons tests for allergens. Production of high-quality fungal extracts is difficult due to challenges with manufacturing and standardization, resulting in fungi being neglected for commercial allergen extract panels.

The immunology professor told us we were incorrect, and that it was dust mites. It was confusing having two experts tell me different answers. But since fungi are often left out of allergy assessments, things like dust mites do seem the biggest allergen issue. And even though studies show the allergenic potential of airborne fungal particulates in the country, given the lack of formal allergy tests, allergist immunologists in Puerto Rico are still resistant to placing more importance on fungi. 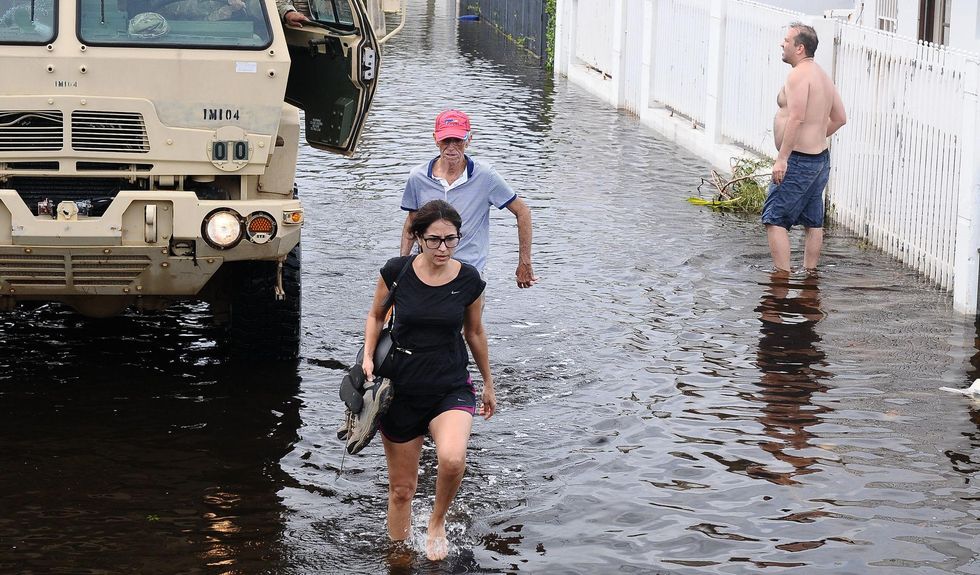 Puerto Rico National Guard members are assisting communities as Puerto Ricans try to get to their homes in the flooded area after the path of Hurricane Maria. (Credit: Sgt. Jose Ahiram Diaz-Ramos/The National Guard)

I’ve worked on several studies evaluating airborne fungal spore concentrations post-Hurricane María in low-income communities in Puerto Rico. I collected air samples from people’s homes and listened as they shared their stories and experiences during and after the hurricane. The burden in these communities was immense. Damaged homes in flood-prone areas stayed flooded months after the hurricane due to heavy rains. I remember a home where all the furniture and appliances were placed on top of blocks to save them. In several homes, high water marks on the walls showed the extent of the flooding, and visible mold growth. To this day, we still have homes with blue tarps over their roofs.

This disaster also affected people’s mental health, triggering stress and anxiety at the thought of more heavy rains to come. The effect of Hurricane María on Puerto Ricans’ mental health is reflected in the crowded supermarkets and gas stations, where bottled water and canned food is always sold out immediately after a tropical storm warning.

This essay is also available in Spanish

COVID-19 has also forced everyone to spend more time indoors, accentuating the need for improved indoor air quality. It’s crucial to include fungi in those assessments. Most Puerto Rican homes have natural air ventilation, which means that fungal spores outside can easily get inside through windows and doors.

Although Puerto Rico has been impacted by tropical storms and hurricanes in the past, the effects of these catastrophic events on indoor airborne fungal communities remain poorly characterized. I am working to address these gaps by examining indoor airborne fungal levels in the aftermath of water damage and flooded homes by Hurricane María in San Juan, Puerto Rico. My colleagues and I are also studying how the immune system responds to exposure to common fungal spores found in these homes. These data will help shed insight on the human health implications of flooding events in Puerto Rico and other flood-prone areas.

With education, asthma patients can gain power over their disease. First, asthmatic patients must identify if fungal spores are one of their triggers. For people in San Juan, the TOTAAL (Tropical Outdoor Triggers of Asthma and Allergies) App can help by comparing their asthma symptoms with day-to-day fungal spore levels in the city.

Outside of the capital, since fungal spore concentrations follow a seasonal pattern with maximum levels during the rainy months of September to November, fungal spore calendars can help to assess if patients are allergic. Fungal spore levels also follow a circadian rhythm, increasing at early morning hours, so its recommended to use an air purifier with high-efficiency particulate (HEPA) filters during those times to decrease exposures while you sleep. And since fungal spore levels increase following precipitation, people should avoid going out after rain.

Education and awareness begin at the community level. By organizing educational activities (such as teaching patients to recognize their symptom triggers and hands-on demonstrations of what airborne fungi are) in affected communities, and transforming data into action by developing guidelines during post-flood recovery efforts that includes fungal prevention and remediation training for community leaders, we can empower patients to take their health into their own hands.

But Puerto Rico also needs collaboration. We need help from the U.S. and local government to provide a better emergency response after natural disasters, and aid in the form of home repairs and air purifiers as part of recovery efforts.

Puerto Rico is an unincorporated U.S. territory, but our environment, conditions, needs, vulnerabilities, and circumstances are different from those of the U.S. Our increased asthma prevalence, tropical and humid environmental conditions, constant flooding, and high airborne fungal concentrations are just a few critical differences.

Four years after Hurricane María, Puerto Rico is still far from recovery. We need equal and fast federal funding approval and release to begin reconstruction efforts, especially for the power grid. We need an up-to-date Federal Emergency Management Agency (FEMA) disaster planning assessment for Puerto Rico. We need to be treated seriously, without discrimination and with the same respect as American citizens living in the 50 U.S. states. These actions will positively impact the response and recovery post-disaster—not only just for respiratory health but for Puerto Ricans’ overall well-being. 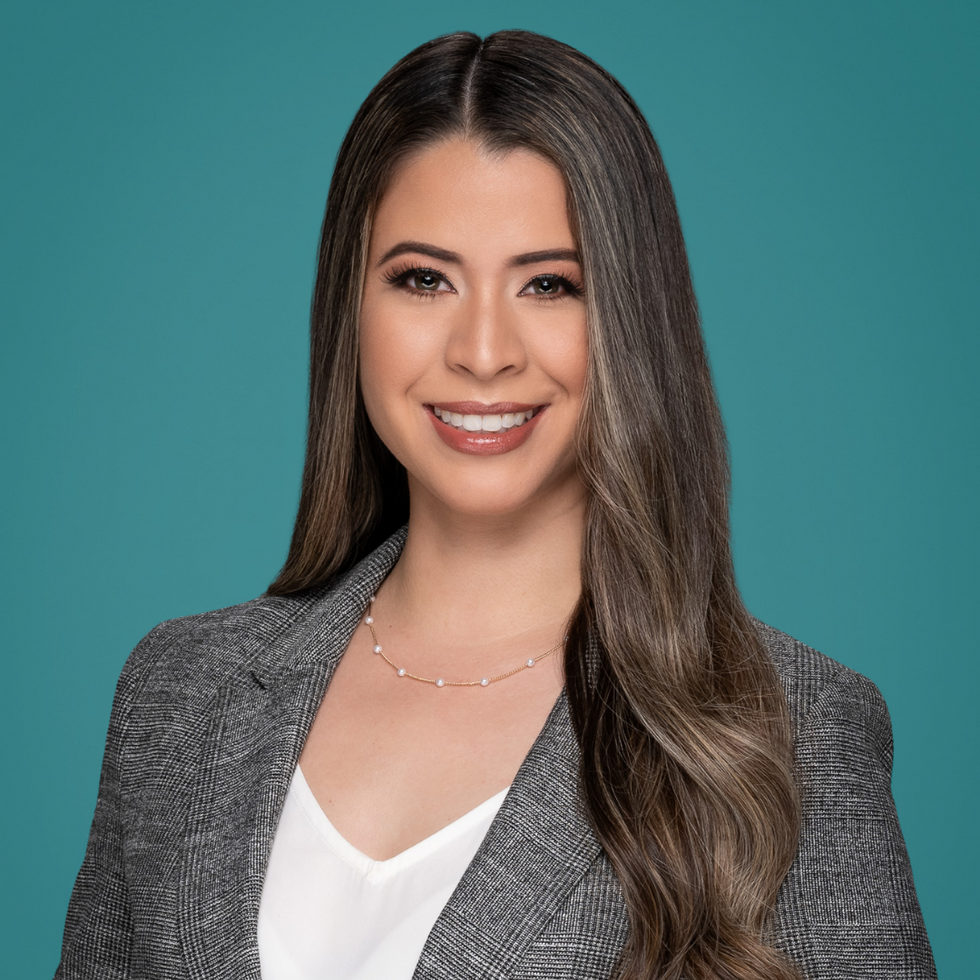 This essay was produced through the Agents of Change in Environmental Justice fellowship. Agents of Change empowers emerging leaders from historically excluded backgrounds in science and academia to reimagine solutions for a just and healthy planet.