With help from Josh Siegel and Ben Lefebvre

Editor’s Note: Morning Energy is a free version of POLITICO Pro Energy’s morning newsletter, which is delivered to our subscribers each morning at 6 a.m. The POLITICO Pro platform combines the news you need with tools you can use to take action on the day’s biggest stories. Act on the news with POLITICO Pro.

— Sarah Bloom Raskin has a confirmation hearing today to be the Fed’s top Wall Street regulator, and her record on climate has some Republicans reeling.

— Puerto Rico is getting a boost to help rebuild its grid under a new agreement across federal agencies.

Check out the POLITICO Energy podcast — all the energy and environmental politics and policy news you need to start your day, in just five minutes. Listen and subscribe for free at politico.com/energy-podcast. On today’s episode: Protecting Manchin’s coal business.

CHANGING CLIMATE AT THE FED? The Federal Reserve’s role over how it should prepare the financial system for climate change is central to the showdown over Sarah Bloom Raskin, President Joe Biden’s pick for the central bank’s top Wall Street regulator, who faces a confirmation hearing today in the Senate Banking Committee.

Raskin has joined with other finance and climate experts in suggesting banks take steps to prepare for climate-related shocks, and she has encouraged regulators to consider ways to support a “rapid and just green transition.” The risks most closely watched by the Fed include not only physical threats posed by severe weather, but also the possibility that global policies enacted to curb greenhouse gases — which would make fossil fuels more expensive and shift consumer behavior — could hurt financial institutions with sizable fossil fuel investments.

Environmentalists contend that Raskin as generally aligned with Fed Chairman Jay Powell and former top regulator Randal Quarles, both Republicans. Under that pair, the Fed joined the Network for the Greening of the Financial System, a coalition of central banks assessing climate risks. The bank is also in the process of developing a framework for making banks game out climate-related risk scenarios.

“There’s been a lot of this being politicized, but really the Fed is already moving in this direction,” said Sarah Dougherty, a former Fed economist who now directs the Natural Resources Defense Council’s Green Finance Center.

But Republicans and some Democrats argue Powell has not been as vocal as Raskin about changing the direction of the bank. Powell said in his confirmation hearing last month for his second term atop the Fed that its climate role is “limited.” A GOP Banking Committee aide told POLITICO that Republicans question whether the Fed or banks could adequately model climate risk scenarios.

“Jay Powell has never talked about allocating capital and steering capital away from the oil and gas sector,” the aide said, adding that Raskin, “wrote that these companies will be worthless in the near future, which would be news to anyone who bought Exxon Mobil stock in March.”

Republicans have slammed Raskin as an ideologue who would halt cash flows to coal, oil and gas firms, though such an extreme move is highly unlikely, particularly in the near term. Twenty-four state treasurers, largely from energy-dependent and Republican-leaning states, sent a letter Monday to the White House calling her views “radical.” The U.S. Chamber of Commerce opposes her, citing statements criticizing Fed actions bolstering ailing oil and gas firms through the Trump-era CARES Act.

Taxpayer watchdogs said opponents have intentionally misread Raskin’s statements, particularly on the pandemic relief programs. They contend Raskin’s worries were centered on whether the Fed was backstopping oil and gas firms that had faced financial duress well before the pandemic, flouting the Fed’s charter by throwing taxpayer relief behind risky investments. And, in fact, the U.S. is a laggard on preparing for climate risk compared with the European Union, said Ben Cushing, campaign manager with the Sierra Club’s fossil-free finance program.

Still, Raskin supporters are also burnishing her credentials outside of climate, such as her focus on cybersecurity, to parry Republican attacks. “Folks come up with new excuses everyday so you’ve got to be prepared,” said Tracey Lewis, climate policy counsel with Public Citizen. “We are staying ready by making sure that the whole picture is being given and not just a narrow one that doesn’t allow counterarguments to stick — and by that I mean bold-faced lies.” 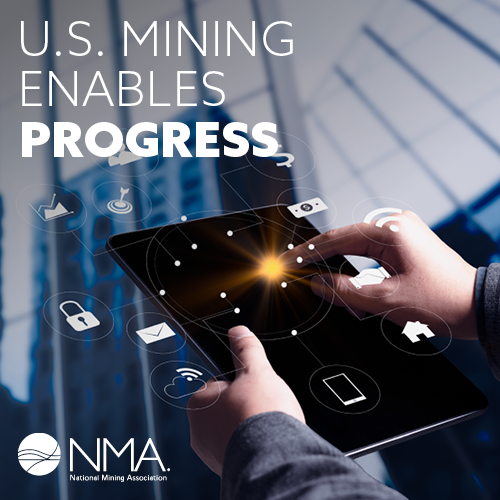 A TALL ORDER FOR POWER SECTOR TASK FORCE: House Democrats created a task force last week to sketch out a more cohesive national policy on power grid oversight as Democrats on the Hill and in the administration eye transmission policy as a crucial pillar for clean energy. But actually rallying around the notion that they could craft a national policy is a politically herculean lift, with Republicans loath to rip authority away from the states.

The nation’s splintered grid policy, organized in a patchwork of state and federal authorities, poses a major hurdle as the administration hopes for a net-zero electricity sector by 2030, Pro’s Catherine Morehouse reports. And members of the House task force are cognizant of the challenges.

“When the center cornerstone of our decarbonization plan is to electrify [the] 40 percent of our economy that’s not currently electrified, and then add clean generation to decarbonize the electric supply, that’s a pretty big blind spot,” Rep. Sean Casten (D-Ill.). who co-chairs the new task force, told Catherine.

ROI DU BOIS: Sen. Michael Bennet (D-Colo.) and Senate Majority Leader Chuck Schumer are introducing legislation today to boost funding for outdoor recreation infrastructure and to use the sector to revitalize rural areas. The Rural Outdoor Investment Act would allocate $50 million a year for recreation and development funding, including maintaining physical infrastructure such as trail markers and boat ramps.

HEARING TIME: The Senate Energy Committee was slated to have its hearing on three Energy and Interior nominations today, but the hearing got pushed to next week due to a scheduling conflict with a classified Senate briefing, a committee aide told ME. POLITICO’s Andrew Desiderio reported earlier this week that the Senate would get new information on the Ukraine situation today at 11 a.m.

Still on the docket for today are a House Natural Resources National Parks, Forests and Public Lands subcommittee legislative hearing on several bills related to specific parks, memorials and trails, and a House Agriculture Committee hearing on sustainability in livestock.

WHITEHOUSE WAKE UP: After a year hiatus, Sen. Sheldon Whitehouse (D-R.I.) resumed his “Time to Wake Up” addresses on climate change Wednesday, prompted by Democrats’ failure to advance their Build Back Better Act.

Whitehouse focused much of his ire on fossil fuel groups for “climate delay,” corporate America for being “totally, utterly, completely M.I.A.” on climate policy, and Republican lawmakers for “doing their bidding.” But he was notably careful not to name or blame Sen. Joe Manchin (D-W.Va.) who tanked BBB last year. Pro’s Josh Siegel caught up with Whitehouse afterward on whether Manchin’s ties to fossil fuels in his home state explain Manchin’s position.

“I am not in a position to figure out the connections or motives there and I don’t write off that we can get somewhere with Sen. Manchin,” Whitehouse said.

Like other Democrats, Whitehouse expressed confidence that Manchin would cut a deal on a smaller spending bill focused on clean energy tax credits, along with a methane fee with subsidies to help operators crack down on leaks. In his speech, Whitehouse continued to push his preferred climate policy as a carbon price paired with a border carbon adjustment. But in the interview, he seemed to acknowledge his efforts to pass those as part of Democrats’ reconciliation package won’t be successful.

“Conversations about carbon pricing have taken place and will continue to take place,” Whitehouse said. “We need to design a bill that will get 50 votes in the Senate and that meet our goals in terms of carbon and methane emissions.”

The senators note that the Biden administration has been trying to secure natural gas cargoes for Europe in case Russia decides to throttle its own supply amid tensions over Ukraine, but also point to rising natural gas prices at home even as the EIA forecasts lower-than-average inventories.

“We urge the Department to conduct a review of LNG exports and their impact on domestic prices and public interest and develop a plan to ensure natural gas remains affordable for American households,” the senators write in their letter. Read the letter here.

PUERTO RICO GETS A DEAL: The Biden administration reached an agreement to accelerate the deployment of $12 billion to Puerto Rico to help rebuild its grid, which has been torn apart by a trail of natural disasters, Catherine reports. The departments of Energy, Homeland Security and Housing and Urban Development signed a memorandum of understanding Wednesday to spur dozens of renewable energy projects, provide technical assistance to lower electricity costs, implement $1.9 billion in HUD funds for microgrids in low-income areas and develop an emergency preparedness tool through one of DOE’s national labs.

Puerto Rico set a territory-wide goal to reach 100 percent renewable generation by 2050, with both federal and territory authorities viewing its grid reconstruction as an opportunity for greater renewable deployment. Solar and storage is “a no brainer” for Puerto Rico, Granholm said before signing the memorandum. “The distributed side as well as the electric grid is a huge opportunity.”

FAR FROM TOP OF MIND: Though Democrats on the Hill have been running on enthusiasm to get some kind of clean energy overhaul through, the zeal doesn’t appear to trickle down to everyday voters, according to a recent poll by POLITICO and Morning Consult. Only 6 percent of respondents ranked energy issues as top of mind when voting for federal offices, including the House and Senate. That’s far behind the top concern — economic issues — which came in at 39 percent, and behind several social issues, such as women’s health, health care and senior issues. It ranked only slightly ahead of education.

Voters were split on whom they trusted to tackle energy issues, with 41 percent having more confidence in Democrats in Congress and 39 percent putting their faith in Republicans. Twenty percent had no opinion.

THAT’S ALL FOR ME!

This week, we’ve highlighted the importance of minerals mining for the advancement of our society. From EVs and climate goals to infrastructure projects and job creation, minerals make modern life possible. Support the domestic U.S. mining sector today.

Bank Groups Worry ESG Proposals Are ‘Anything But Neutral’

Four convicted and sentenced for multiple rape of a tourist attacked…