“I think it’s a unique, high quality product, and I think that people are drawn to the culture that we have, and I think people want to be part of that,” Ross said. 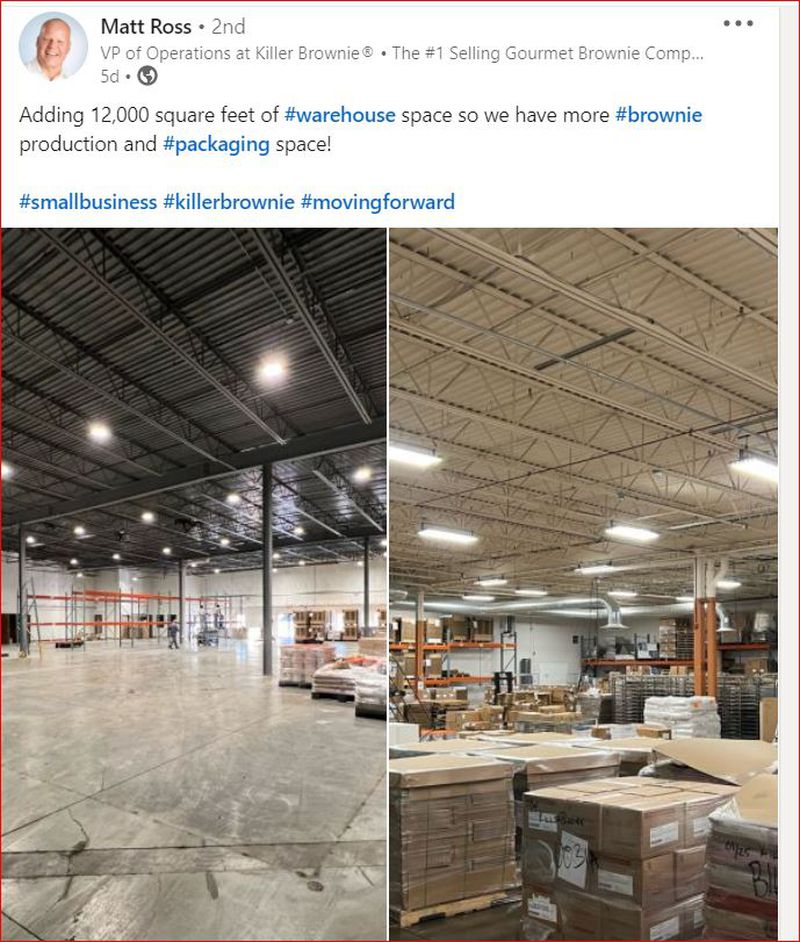 The Killer Brownie story in recent years has been one of steady growth and demand.

“I refer to it sometimes as a 30-year startup, because the growth we’ve had in the last four years, you usually see that kind of growth in start-ups,” Ross said.

“More Killer Brownie is always a good thing! We see many new brownie flavors in our future,” Chimene Mayne Ross, daughter of Norman Mayne, Dorothy Lane Market CEO, told the Dayton Daily News in 2019 after the purchase of the Miamisburg manufacturing facility.

As of October 2016, Killer Brownie, which is a separate wholesale entity from Dorothy Lane Market but owned by the same family, already boasted more than 100 products in the brownie category through Killer Brownie and other everyday and gourmet brownies spread in national restaurant, retail chains and supermarkets.

“I always thought of Dorothy Lane as: They’re bringing the world of food to Dayton, Ohio, and Killer Brownies, they’re giving back to the world,” he said.

The business has just over 70 employees and needs to hire 10 more, Ross also said Monday.

The Moon Could Have Caught Alien Organisms, Tech|Daily Science News#10|Sciencebhai