How Rich Is Dave Ramsey? 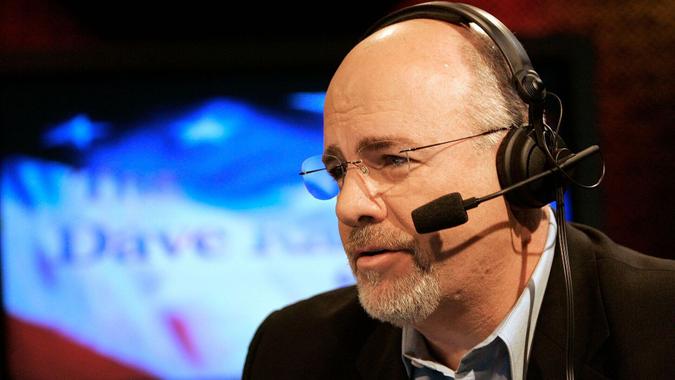 Dave Ramsey, 61, is an American businessman, financial expert, entrepreneur and radio and TV host who is known for helping people earn money and avoiding debt while tapping into a Christian-themed message. He is known to be both socially and fiscally conservative.

See: What is Jim Cramer’s Net Worth?
Find: How Rich Is Barbara Corcoran?

Between his radio show, books, speaking events and $150 million in real estate holdings, he has a net worth of $200 million, according to Celebrity Net Worth.

Bonus Offer: Earn up to $1,500 by opening a Citi Priority Account with required activities.

His radio program “The Ramsey Show” airs on Sirius XM and IHeartRadio and reaches over 18 million listeners per week.

His show originally aired in the spring of 1992, but it was called “The Money Game” and was only broadcast at WWTN in Nashville, Tennessee. Just a couple of years later, it was syndicated and the name changed to “The Dave Ramsey Show.” Its current iteration, “The Ramsey Show,” runs on more than 500 radio stations across the U.S. and Canada. His live speaking events draw large crowds.

He runs the Lampo Group Inc. and keeps its books in the black.

He has published several books, some of which are New York Times Best Sellers. Some titles include “The Financial Peace Planner,” “The Total Money Makeover,” “Dave Ramsey’s Complete Guide to Money,” “The Legacy Journey,” “EntreLeadership” and “Smart Money Smart Kids.”

David Lawrence Ramsey III was born to parents who were real estate developers in Antioch, Tennessee, on September 3, 1960. He was raised an evangelical Christian and holds those beliefs today. Before attending college, he had already passed the real estate exam and was selling property. He graduated from The University of Tennessee, Knoxville, with a degree in finance and real estate.

He was a millionaire worth more than $4 million by the time he was 26. From his work with people at his church, he realized the reasons people were struggling financially, so he created a formula that is the basis for his first book, “The Financial Peace,” first self-published in 1992.

Ramsey has been married to his wife Sharon since 1982, and they have three children.

He has properties all over the U.S., but he makes his home near Nashville. In 2021, he sold for $10.2 million the home he’d built on land he’d purchased in 2008. He was said to have been building his own custom mansion in the same area.

Ramsey is an avid car collector and speaks about cars regularly.

Dave Ramsey can be heard on Sirius XM and IHeartRadio every weekday from 2-5 p.m.

Michelle Tompkins is an award-winning media, PR and crisis communications professional with more than 15 years of experience covering traditional and new media topics. She is currently a communications strategist and writer, as well as the author of College Prowler: Guidebook for Columbia University — her alma mater where she earned a B.A. in film studies. Michelle’s primary topics of interest are arts & entertainment (TV, humor, theater and classic films are favorites), food and lifestyle. She also covers general news, business, beauty, gift guides and medical/health-related stories. Michelle also has a passion for conducting interviews with all sorts of interesting people. When not working or watching too much TV, she is a skilled home cook specializing in Puerto Rican and Southern cuisine, loves in-home entertaining and trivia/games nights, sipping Jack Daniels on the rocks and cheering for the San Francisco Giants.

APPROVED!!! $1400 Fourth Stimulus Check Update | THESE CHECKS ARE GOING OUT

The Children’s Place to Webcas

Latvia to reinstate compulsory military service amid Russia’s war on…