(RNS) — Black students at Columbia Theological Seminary, a Presbyterian Church (U.S.A.) seminary in Decatur, Georgia, are protesting the surprise firing of a beloved admissions director, saying it’s the latest in a series of firings of faculty and administration of color since 2019.

On Tuesday (June 21), as most faculty, staff and students had left campus for the summer, the Columbia community received an email from President Leanne Van Dyk informing them that it was the Rev. Samuel White’s last day. The following day, the seminary’s African Heritage Student Association published a letter addressed to the president’s council and board of trustees expressing “deep sadness and tremendous frustration” over the incident and asserting that Van Dyk’s tenure “has been defined by racial injustice.”

The letter demands that the president, who is scheduled to leave her post in six weeks, resign immediately, that the board president resign, that White be reinstated and that a new advisory board be appointed to oversee personnel changes at the seminary.

White’s time as director of admissions, the students wrote, “resulted in the recruitment of one of the largest incoming classes in recent history, and the most diverse incoming class in the school’s history. Without fail, Rev. White is committed to ensuring that the seminary upholds the values and ethics it professes around justice, diversity, equity, and inclusion.”

White did not respond to a request for comment in time for publication.

In an email to Religion News Service, Jennifer Cuthbertson, the seminary’s director of marketing and communications, declined to say why White had been let go.

“Columbia Theological Seminary is sensitive to students concerns over the departure of Rev. Samuel White,” Cuthbertson wrote. “However, it was a carefully considered decision and out of respect for the privacy of all current and former employees and consistent with our policies, we do not comment on personnel matters.”

The students also claim that the Rev. Brandon Maxwell, another Black administrator, was forced to resign as vice president for enrollment and student affairs and cited the 2019 firing of the Rev. Ruth-Aimée Belonni-Rosario Govens as the seminary’s chief enrollment officer, prompting outrage from the school’s Hispanic and Latinx association, as well as a lawsuit.

That same year, the school did not renew the contract of Kevin Park, dean for advanced professional studies who oversaw Korean American ministries, and John Azumah, a Ghanaian professor of world Christianity and Islam and director of international programs, left sooner than expected, according to the Presbyterian Mission, after the seminary announced that its office of international programs would be realigned.

“This is not an isolated incident, but it’s more of something that is systemic with Columbia,” the Rev. John DeLoney, president of the African Heritage Student Association, said in a virtual news conference Thursday morning, noting that 60% of the students at CTS are of color. “With that majority of people of color coming to the university, you should be adding more administration of color, but they seem to be ushering the people of color in the administration out.” 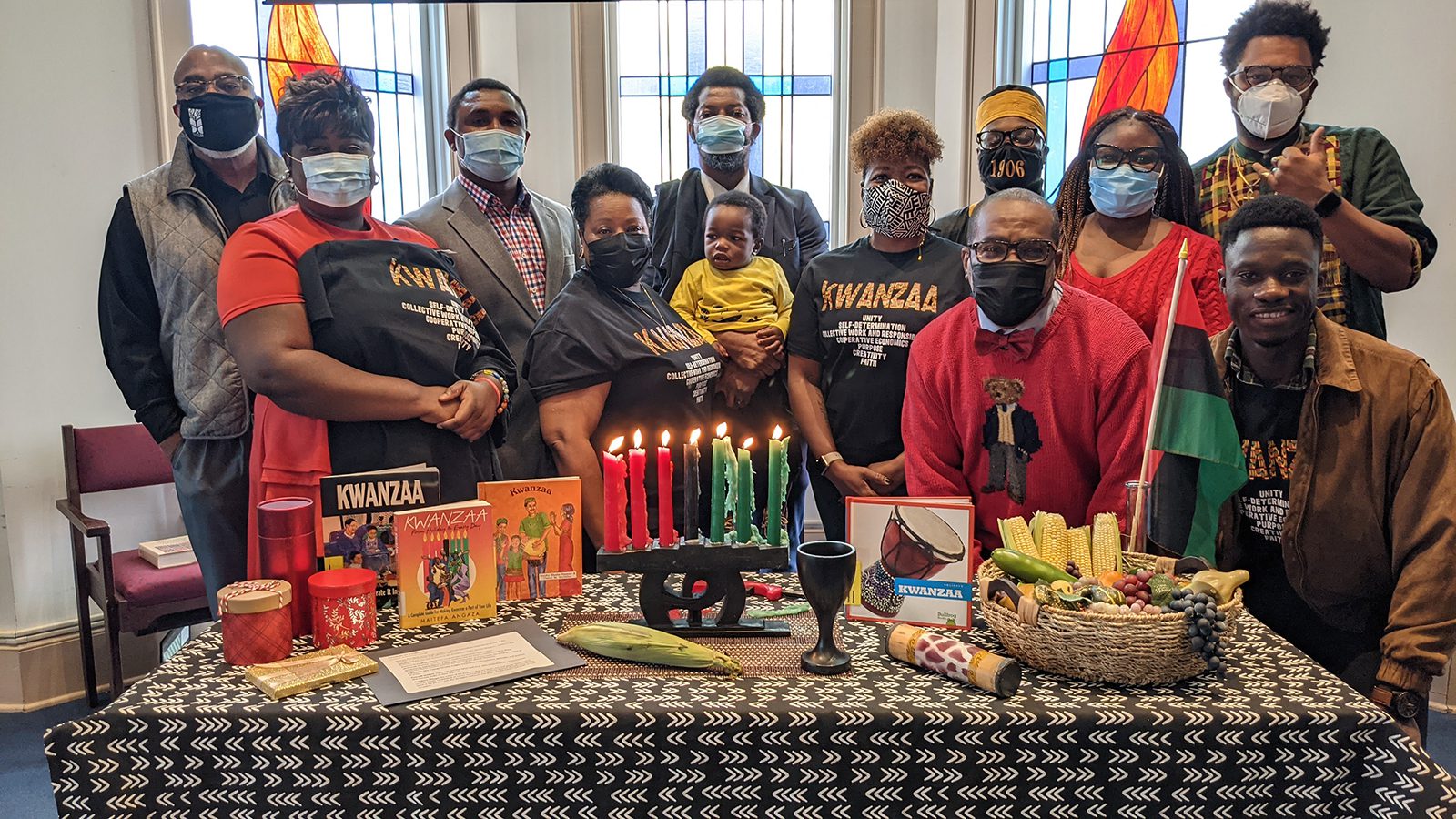 DeLoney added that the lack of transparency about the terminations only makes the matter more concerning.

RELATED: Black seminary grads, with debt higher than others, cope with money and ministry

In the fall, the seminary is expected to welcome its first president who is a person of color, the Rev. Victor Aloyo. DeLoney noted that the arrival of a nonwhite president does not disqualify concerns about racism on campus.

Leo Seyij Allen, vice president of the seminary’s student government association, said in an email, “Several of us are wary that the hiring of Dr. Victor Aloyo is merely cover for the legacy of racism that the administration at CTS has sustained.”

Allen believes that the administration’s apparent hostility toward people of color could stall progress under Aloyo.

“The key infrastructure that students need to be supported, particularly students of color, appears to be systematically and intentionally unraveling at Columbia,” Allen observed at the news conference.

In June 2020, the seminary’s board of trustees announced a series of racial justice commitments, including fully covering tuition and student fees for Black students accepted into CTS master’s programs. According to a May 2021 admissions brochure, African Americans made up more than 64% of the student body at that time.

White has been an especially supportive figure for many members of the African Heritage Student Association, which currently has approximately 65 members. The Rev. Tisa Watkins, president of the seminary’s second-year class, said at the news conference that Smith was instrumental in her decision to come to CTS to pursue an additional degree.

“I had a lot of reservations about uprooting my life and coming to a place that I didn’t know,” said Watkins, “and Rev. White really took the time to talk to me. He wasn’t pushy, he really sat with me as I made that decision. … To find out that Rev. White has just been ousted, it really hurt my heart.”

A devout Catholic, she opposed abortion. Now she performs them.