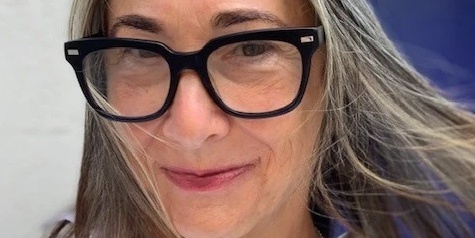 Kathy Halbreich to Step Down as Rauschenberg Foundation Director


Kathy Halbreich announced today that she will depart in May as executive director of the Robert Rauschenberg Foundation, which she has led since 2017. Halbreich arrived to the organization after nearly a decade as the associate director and Laurenz Foundation Curator of New York’s Museum of Modern Art. “It’s a foundation focused on doing the best for artists,” she said at the time. “The more I learned, the more perfect the match felt as my next chapter.” Though she noted that the organization’s board will begin searching for a new candidate immediately, she did not cite a reason for her departure, nor did she reveal her future plans.

“I arrived at the Foundation animated by an enormous sense of possibility and permission,” Halbreich wrote in a letter that was shared by the foundation. “My initial responsibility was to refresh our mission, and for me that meant embracing the freedom exhibited by Bob, in both his daily artistic practice and in his daring to champion a more progressive and benevolent world. This spirit activated everything we did to enhance Bob’s legacy—from our research and academic partnerships, care for the collection, and collaborations with museums and galleries across the globe to our dexterous and collaborative approach to philanthropy and the care of artists.”

Halbreich guided the foundation through two renovations, the Covid-19 crisis, and the rise of the Black Lives Matter movement. Among her accomplishments as executive director were the creation of an anonymous Artists’ Council, which provides funding to arts and social initiatives; the establishment of a free digital catalogue raisonné, the first volume of which will be released coincident with Rauschenberg’s hundredth birthday, in 2025; the launch of a program aimed at educating grad students about Rauschenberg’s work; and various collaborations with New York galleries. Grantees who received support from the foundation during Halbreich’s tenure include Artists Relief, Danspace, Lauren Halsey’s Summaeverythang Community Center, Beach Sessions Dance Series, COUSIN,  Moms for Housing in Oakland, Shelterwood Collective in Sonoma County, and Artists Space as well as Together and Free, an organization along the Texas border that assists immigrants.