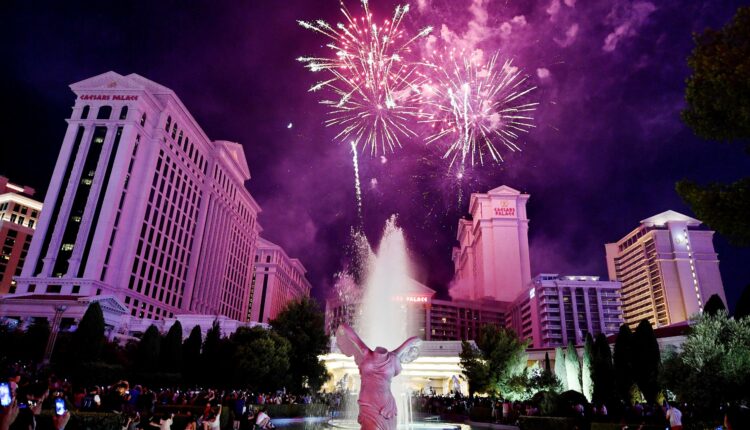 Caesars Entertainment (NASDAQ: CZR) announced late Wednesday that it is upping the size of a previously revealed senior secured term loan facility to $2.5 billion from $1.75 billion — a move that will help the casino operator eliminate $4.4 billion in debt coming due in 2024 and 2025.

On Monday, the Nevada-based gaming company announced it’s selling $1.25 billion in senior unsecured notes due in 2030, and that it’s gaining access to a new $1.75 billion senior secured term loan facility. Analysts initially expected those moves would eliminate the operator’s $3.4 billion worth of Term B loans coming due next year. But with today’s news, Caesars can also pay off $1 billion in outstanding Term B-1 Loans maturing in 2025.

The offering of the new secured notes and the term loan is expected to close on or about Feb. 6.

Why It Matters to Caesars Investors

On a net basis, Caesars isn’t eliminating debt. Rather, it’s pushing out maturities. But that’s still significant because the company had $13.7 billion in liabilities at the end of the third quarter.

That’s one of the largest debut burdens in the gaming industry, and well in excess of Caesars’ closing market capitalization today of $10.66 billion. In an environment where interest rates are high and appetite for junk bonds courtesy of already heavily indebted issuers may be limited, pushing out maturities without incurring higher interest rates is advantageous for the gaming giant.

The Harrah’s operator has made similar moves in the past. Last October, Caesars landed $3 billion in new senior secured credit facilities maturing in 2028, allowing it to push out maturities while reducing interest expenses.

Owing to a junk credit rating, Caesars paid $2.3 billion in interest expense over the past reporting year — a negative in any environment. But even more so when interest rates are high as is the case today.

Market participants’ reaction to Caesars boosting the size of the term loan was mostly muted, as the shares traded by higher by half a percent in after-hours trading after jumping 1.49% in standard trading hours.

Still, the news is positive for investors, particularly bondholders, because the Horseshoe operator is gaining much-needed breathing room with which to trim its debt. Plus, analysts were bullish on the original debt engineering moves.

That view is being rewarded, as shares of Caesars are higher by 9.92% over the past week, and 24.64% since the start of the year.