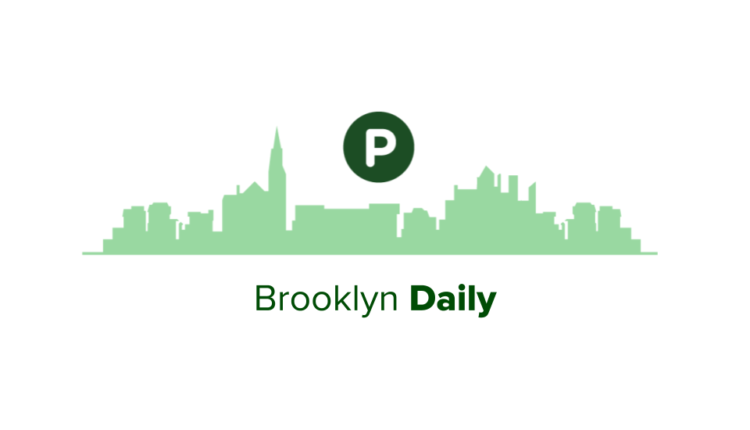 
Good morning, everybody. I’m here right on time with your fresh copy of the Brooklyn Daily. Keep reading to find out all the community information you need to know right now, including updates on:

Are you tired of blending in with all the other real estate agents in Brooklyn? Stand out with a premium sponsorship in our newsletter. Gain valuable exposure for yourself to our highly engaged local readership. Click here to learn more about this exclusive opportunity.

Here are the top stories today in Brooklyn:

1. Outrage gave way to relief yesterday when the ‘Avenue of Puerto Rico’ sign returned to Graham Avenue after being temporarily removed. The city Department of Transportation received major backlash after mistakenly taking down the sign on Friday. After irate Williamsburg residents took to social media to protest the removal, the sign was back up on Saturday like nothing had happened. One shop owner, upset and confused, tried to stop an official who was removing the signs — he said the Department worker told him they were doing the same thing across the city because the signs were “too big” — and felt he was lied too about the justification for the sign’s removal. “It’s our culture,” said another lifelong neighborhood resident. “Why do they want to take it down? It’s been here for years. It’s very hurtful to us. They’re trying to tell us something.” Even though the signs are back up along Graham Avenue, locals in the Hispanic community are still nervous, believing this alleged mistake the signpost the city’s siding with gentrification.

2. After a cyclist’s death this week, Gowanus residents are worried that a dangerous intersection is being ignored by the city, despite requests to implement safety measures. Sarah Schick, a 37-year-old mother of two, is the fourth person to have died within a half-mile of the notoriously generous intersection of Ninth Street with Second Avenue since 2017, according to the advocacy group Transportation Alternatives. While nearby blocks of Ninth Street have a protected bike lane, which was installed in response to a gruesome car crash in 2018, the stretch where Schick died narrows into an unprotected lane where cars and bikes share the road. Residents are concerned, arguing that Schick’s life would not have been taken had safety measures been implemented earlier. Cyclers who live in the area expressed to Gothamist that they usually try to avoid the area, and believe the road is large enough to allow for a protected bike lane. Local members of the City Council are expecting to tour the site with Department of Transportation officials next week to see how the roadway could be improved.

3. Brooklyn’s lifeguard factory is open again for business, and Bushwick’s getting a new varsity swim team. Some may not believe it, but the aging, neglected pool at Bushwick High School campus once helped enable Tiger boys team to become an unlikely swimming powerhouse and a main feeder for the city’s lifeguard system through the 1990s — now, it’s one of a dwindling number of functional pools in city public schools. Marvin Carbajal, 46, was one such ’90s kid who benefitted from the Bushwick Campus pool’s lifeguard pipeline. For years, Carbajal and fellow Bushwick physical education teacher, Alyssa Taylor, began forming after-school and Saturday coed swim clubs, mostly for non-swimmers, part of an effort to reduce inequality among New Yorkers of color when it comes to swimming. Finally this summer, word got out that Bushwick High had a pool, but no swim team. Soon, students started joining, becoming more comfortable holding their breath, learning the strokes, and even treading. These days, the Bushwick Tigers are in the least competitive division the Brooklyn boys swim league, but they have a winning record to brag about.

More from our sponsors — thanks for supporting local news!

You’re officially in the loop for today! I’ll see you back in your inbox tomorrow morning with another update.

About me: I’m a recent grad based in Brooklyn, NY. I love to write, run, read, and find new restaurants and venues around the city.

Have a news tip or suggestion for an upcoming Brooklyn Daily? Contact me at brooklyn@patch.com