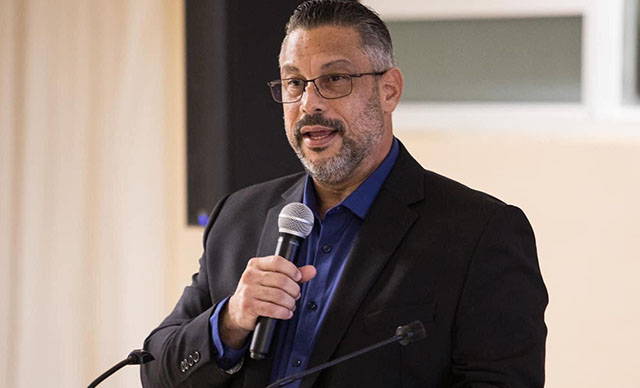 Switch hitter: How a baseball standout became a CPA


Felipe Crespo knew the time had come for him to step up to the plate.

“I’m kind of getting back into the groove of things,” Crespo said, surveying his home office on a balmy mid-January day in his native Puerto Rico. “We have a long Christmas in Puerto Rico; our Christmas pretty much ended this weekend.

“Now it’s back to getting ready for tax season.”

Crespo is accustomed to long seasons. From 1991 until 2002, his life centered around professional baseball, where 162-game seasons are the norm.

Baseball, as much as any sport, is about numbers — just like Crespo’s chosen career after baseball.

“It’s a small boutique firm, LLC, one owner, which is myself,” said Crespo, a former Major League Baseball player who in 2019 earned his CPA license and opened Afina CPA – Accountants & Advisors in his hometown of Caguas. “Auditing, assurance services, financial reporting, tax returns, some advisory, those kinds of services — that’s what I really like.”

Caguas is a business hub about a 20-minute drive from San Juan, and it’s also a baseball hub. The professional team that bears its name has won a record 20 league championships. Crespo played for Criollos de Caguas throughout most of his Major League Baseball (MLB) career, staying sharp in the winter after summers spent in and out of the lineup for the Toronto Blue Jays, San Francisco Giants, and Philadelphia Phillies.

The Blue Jays selected Crespo 95th overall in the 1990 MLB Draft, making him the first Puerto Rican selected in the first year that Puerto Rico participated in the draft. A precursor of things to come, Crespo got permission from the Blue Jays to put baseball on hold for a year so he could graduate from high school.

After graduation, he paid his dues in the minors before making his major league debut in 1996. In 2001, as a member of the Giants, he hit two of his 10 career home runs in the same game where his brother, César, hit one of his four career home runs for the San Diego Padres. 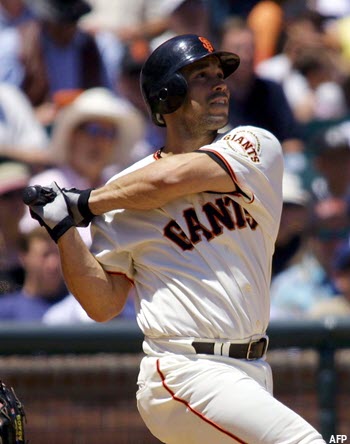 Felipe Crespo played parts of the 2000 and 2001 seasons for the San Francisco Giants. In 2001, he hit a home run in the same game as his brother, who was playing then for the San Diego Padres.

It marked the seventh time in MLB history that brothers had hit home runs for opposing teams in the same regular-season game. It didn’t happen again until 2020.

“That was a thrill to be able to do that,” Crespo said. “I don’t know, it’s just something you really can’t explain. Just the fact that you’re playing against your brother, and my mom was at that game, so that made it extra special. It’s not something you plan.”

What Crespo did plan, however, was his departure from pro sports. After playing in less than a third of his teams’ games over five seasons with three organizations, then playing one season in Japan, Crespo decided it was time for a change.

“It got to a point where I really didn’t feel stable,” he said. “I was thinking about my family, and I had other aspirations. I didn’t want to spend the rest of my young years at the ballfield. Some people make great careers out of being coaches and all that, but I just didn’t want to do that.

“So I said to myself, ‘Are you going to keep traveling, not knowing where you’re going to play next year, or do you want some stability?’ So I decided to look for that stability.”

There were some stops and starts.

Crespo invested and managed real estate. He started studying civil engineering (his father and two of his four siblings, including César, are civil engineers). He got involved in housing development, even as a recession hit Puerto Rico.

When he realized he most enjoyed the parts of work that involved finances and management, he decided to study accounting.

“And then I thought, if I’m going to do accounting, I might as well go all the way. So I finished my bachelor’s, finished my master’s degree, and then started studying for the CPA,” Crespo said.

In 2015, before beginning preparations for the CPA Exam, Crespo landed an opportunity as operations manager for a public housing administration company, overseeing 400-plus employees. After about a year, he revisited his CPA dream while continuing in his managerial role.

“My wife played a great role in that because she really took charge of a lot of the stuff that we had to do, including following my son in sports, and my daughter, so I could stay at home nights and weekends to study,” Crespo said. “It was tough, but I had her support, my whole family’s support. It was a family project.”

And now it’s a family business, with Crespo’s wife, Mayra Morales, serving as bookkeeper for Afina.

Crespo also is making it his business to prop up the profession, working in and around Caguas with the Puerto Rico Society of CPAs to find solutions to improving the success rates of Puerto Rican students sitting for the CPA Exam.

He also hopes for the best for former professional athletes like himself — a population that often finds itself “retired” before age 30 and often ill-prepared for the next chapter.

It’s not easy to go from playing with Barry Bonds to helping clients account for their stocks and bonds, but for Crespo, his career change has been a home run.

“No matter what you do, you want to be relevant, and I think being an accountant, you are very relevant,” he said. “The work is hard, but when you see the results, it’s so fulfilling. You know that you’re contributing to such an important part of society and the economy.”

— To comment on this article or to suggest an idea for another article, contact Bryan Strickland at Bryan.Strickland@aicpa-cima.com.

Is Costco Worth It? Here’s How to Decide on a Membership