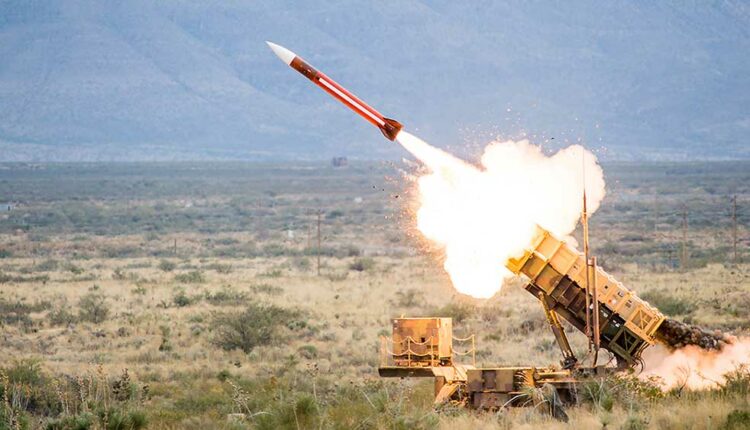 
The U.S. defense budget has ballooned to all-time highs. But Republican lawmakers are pushing for cuts to reduce government debt which could potentially affect defense spending this year, Goldman Sachs analyst Noah Poponak wrote in a research note last week.

The earnings reports come after the Department of Defense doled out a number of high-value contracts to defense companies in late December.

Wall Street forecasts the F-16, F-22 and F-35 fighter jet maker to report its third quarterly earnings decline in the last four periods, following an earnings leap in Q3. Revenue is seen rising for the second quarter in a row after falling for two consecutive reports.

Expectations: Wall Street expects Lockheed Martin earnings to edge down 1% to $7.41 per share on 3% revenue growth to $18.3 billion.

Meanwhile, the Biden administration plans to request congressional approval for a $20 billion sale of new F-16 jets to Turkey, the Wall Street Journal reported on Jan. 13. The sale would include 40 new planes and kits to overhaul 79 jets in Turkey’s existing fleet. The White House will also request a separate sale of next-generation F-35 fighters to Greece. In December, Lockheed was awarded just over $1 billion to expedite production as it works to deliver 118 Lot 18 F-35 Lightning II fighter jets by next January.

LMT stock is in a seven-week base ahead of its earnings report. Shares are trading 11% below the buy point of 499.05, according to MarketSmith. LMT stock was jumped 2% Tuesday after reporting results. The stock is down 3% over the past three months but up 18.8% over the last year.

Mass.-based Raytheon is one of the largest manufacturers of guided missiles, air defense systems, drones, satellites and warfare technology. In late December, the U.S. announced it will supply Ukraine with Raytheon-made Patriot Air Defense Systems to assist in the war against Russia as part of a $1.85 billion military aid package. Ukraine has suffered barrages of Russian missile strikes in the past months that have destroyed power grids and vital infrastructure. The Biden administration had been apprehensive about providing such defense systems to prevent provoking Moscow. In total, America has provided Ukraine with $27.5 billion in various military aid since Russia’s invasion last February.

Raytheon’s earnings growth slowed for seven quarters before Raytheon reported a 4% decline in Q3. But analysts expect its positive streak to resume in Q4. Revenue growth is predicted to accelerate for the second quarter in a row following eight periods of growth.

RTX stock fell out of the buy zone for its cup with handle base last week after breaking out on Nov. 30. Shares bounced off their 200-day moving average on Friday but they have yet to reclaim their 10-day and 50-day lines.

RTX stock rose 2% on Monday ahead of results. Shares are up nearly 8% the past three months and almost 10% over the last year.

Virginia-based Northrop Grumman provides counter-artillery equipment, radars and surveillance aircraft and systems. It also manufactures F-35 fighter jets with Lockheed Martin, which are some of the company’s biggest revenue generators. Wall Street predicts Northrop’s earnings will recover after four straight declines. And revenue is seen rising for the second consecutive quarter after falling four quarters in a row.

NOC stock is trading near July lows after reaching all-time highs in late October following its long run-up going back to Nov. 2021. Northrop Grumman stock is down more than 14% over the past three months but up 11% over the last year.