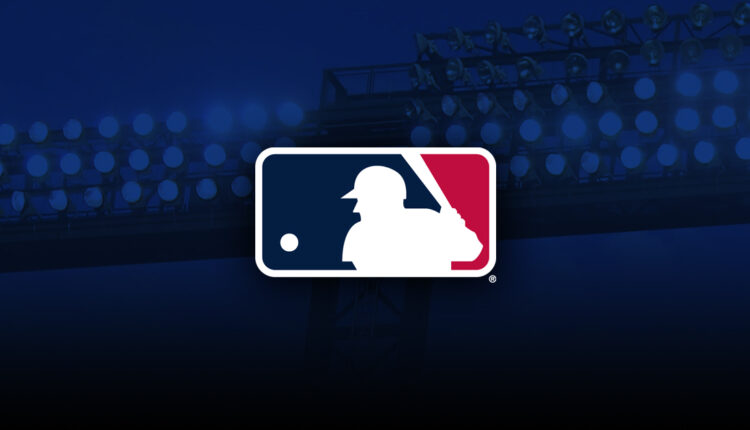 
The Phillies have invited the following 21 players to attend major league spring training as non-roster invitees:

Mick Abel, RHP – The 21-year-old struck out 130 batters in 108.1 innings over 23 starts between single-A Jersey Shore and double-A Reading in 2022, posting a 3.90 ERA while holding opponents to a .229 batting average. He ranked third among Phillies minor leaguers in innings and starts and was tied for third in strikeouts. The 15th overall selection by the Phillies in the first round of the 2020 MLB Draft, Abel was recently named the club’s No. 2 prospect, and No. 40 in baseball, by Baseball America.

Mark Appel, RHP – Appel spent most of the 2022 season with triple-A Lehigh Valley, where went 6-0 with a 3.15 ERA in 31 appearances. He had two stints with the Phillies during the season, posting a 1.74 ERA in his first six career major league appearances. Appel, 31, was the No. 1 overall pick in the 2013 MLB Draft by the Houston Astros and joined the Phillies in the 2015 trade that sent Ken Giles to Houston.

Andrew Baker, RHP – Baker, 22, struck out 72 batters in 54.1 innings and surrendered only five home runs in 46 appearances for single-A Jersey Shore and double-A Reading in 2022, his first full minor league season. He was selected by the Phillies in the 11th round of the 2021 MLB Draft out of Chipola College (FL).

Ben Bowden, LHP – Bowden played the 2022 season at the triple-A level in the Colorado Rockies, Tampa Bay Rays and San Francisco Giants organizations. The 28-year-old struck out 76 batters in 57.2 innings over 50 relief appearances. Bowden, a second-round selection by the Rockies in the 2016 MLB Draft, appeared in 39 games in relief with the club in 2021.

Jon Duplantier, RHP – Duplantier, 28, made 14 starts and 20 relief appearances for triple-A Oklahoma City in the Los Angeles Dodgers system in 2022. He struck out 109 batters in 93.1 innings of work. Duplantier pitched in 19 major league games (7 starts) in 2019 and 2021 with the Arizona Diamondbacks, the team that selected him in the third round of the 2016 MLB Draft.

Vito Friscia, C – Friscia spent the majority of the 2022 season with double-A Reading, where he clubbed 16 doubles and 10 home runs while posting a .374 on-base percentage with 56 walks in 83 games. The 26-year-old played defensively at catcher (30 games), left field (8 games), first base (4 games) and right field (2 games) last season. He was a 40th-round selection by the Phillies in the 2019 MLB Draft out of Hofstra University.

Jim Haley, INF – Haley, 27, was born in Lansdowne, Pa., and resides in Upper Darby. He spent last season with triple-A Durham in the Tampa Bay Rays organization, where he played in 112 games which included starts at first base (71), second base (5), third base (23), shortstop (1), left field (3) and designated hitter (3). A 2013 graduate of Bonner and Prendergast Catholic High School, he later attended Penn State University from 2014-16.

Louis Head, RHP – Head made 28 major league appearances last season with the Miami Marlins (23) and Baltimore Orioles (5), and another 15 in the minors, primarily with triple-A Norfolk. The 32-year-old has a 4.10 ERA in 55 career major league games (2 starts) with Miami, Baltimore and the Tampa Bay Rays (2021). He was originally an 18th-round selection by the Cleveland Guardians in the 2012 MLB Draft.

John Hicks, C – Hicks, 33, spent last season with triple-A Iowa in the Chicago Cubs organization.  In 95 games, he hit a professional-high 20 home runs with 47 extra-base hits and posted a .510 slugging percentage. He has appeared in 264 major league games over parts of six seasons with the Seattle Mariners (2015), Detroit Tigers (2016-19) and Texas Rangers (2021).

Jake Jewell, RHP – The 29-year-old Jewell split time between the Cleveland Guardians and Minnesota Twins triple-A affiliates in 2022, posting a combined 3.21 ERA with 65 strikeouts in 56.0 innings over 45 appearances while surrendering just one home run. A fifth-round selection by the Los Angeles Angels in the 2014 MLB Draft, Jewell has appeared in 31 major league games with the Angels (2018-19) and Chicago Cubs (2021).

Vimael Machín, INF – A veteran of eight professional seasons, Machín split last season between the Oakland Athletics (73 G) and triple-A Las Vegas (64 G). With Las Vegas, he slashed .324/.401/.457 with 33 walks to 30 strikeouts. A native of Humacao, Puerto Rico, he was originally selected by the Chicago Cubs in the 10th round of the 2015 MLB Draft. He was selected by the Phillies in the Rule 5 draft on Dec. 12, 2019, and then traded to Oakland that same day.

Max McDowell, C – McDowell, 29, spent the last two seasons in the New York Yankees organization. He played for triple-A Scranton Wilkes/Barre last year, starting 51 games at catcher and eight as the designated hitter. McDowell is a 2012 graduate of Norwin High School (PA) and resides in North Huntingdon, Pa.  He attended the University of Connecticut and was originally selected by the Milwaukee Brewers in the 13th round of the 2015 MLB Draft.

Griff McGarry, RHP – McGarry, 23, posted a 3.71 ERA and averaged 13.40 strikeouts per nine innings (130 SO, 87.1 IP) in 19 starts and eight relief appearances with single-A Jersey Shore, double-A reading and triple-A Lehigh Valley in 2022. Following the season, he was ranked as the No. 3 prospect in the Phillies system by Baseball America. McGarry was a fifth-round selection by the club in the 2021 MLB Draft out of the University of Virginia.

Francisco Morales, RHP – Morales, 23, appeared in 45 games in relief between double-A Reading and triple-A Leigh Valley last season. He struck out 70 batters in 51.0 innings, allowing one home run. Morales also appeared in three games across two stints with the Phillies, earning a save in his second major league appearance. A native of Venezuela, Morales was signed by the Phillies as an amateur free agent in July 2016.

McKinley Moore, RHP – Moore pitched in 39 games for double-A Reading in 2022 after the Phillies acquired him from the Chicago White Sox for outfielder Adam Haseley just prior to the start of the season. He struck out 31.3 percent of the batters he faced (71-227) and surrendered just three home runs while posting a 4.35 ERA. Moore, 24, was originally selected by the White Sox in the 14th round of the 2019 MLB Draft.

Andrew Painter, RHP – The club’s top prospect, and the No. 5 prospect in baseball, according to Baseball America, Painter led all Phillies minor leaguers in strikeouts (155), ERA (1.56) and WHIP (0.89) in 2022. The 19-year-old pitched for single-A Clearwater, single-A Jersey Shore and double-A Reading, making 22 starts in his first full professional season. Among several other accolades, he was selected as the Paul Owens Award winner as the top pitcher in the Phillies system and was named Baseball America Minor League Pitcher of the Year and MLB Pipeline Pitcher of the Year. Painter was selected by the Phillies in the first round (No. 13 overall) of the 2021 MLB Draft out of Calvary Christian High School (FL).

Billy Sullivan, RHP – Sullivan, 23, averaged 13.59 strikeouts per nine innings in 2022 with double-A Reading, posting a 4.59 ERA in 44 games. A Wilmington, Del., native, Sullivan was signed by the Phillies as a non-drafted free agent in June 2020. He was originally selected by the club in the 28th round of the 2017 MLB Draft, but did not sign.

Will Toffey, INF – Toffey, 28, joined the Phillies organization last season on March 27 when he was acquired from the San Francisco Giants for Luke Williams. In 2022 with triple-A Lehigh Valley, Toffey posted a .350 OBP in 97 games. He had his contract selected by the Phillies on July 13 but did not appear in a game before being optioned back to Lehigh Valley. He was originally selected by the Oakland Athletics in the fourth round of the 2017 MLB Draft.

Jeremy Walker, RHP – Walker spent most of the 2022 season at the triple-A level, first with Sacramento in San Francisco’s system, then with Durham in Tampa Bay’s. He made 44 relief appearances and two starts overall. Walker, 27, has a career 4.00 ERA in five minor league seasons after being selected in the fifth round of the 2016 MLB Draft by the Atlanta Braves. He has appeared in six major league games, all in 2019 with Atlanta.

Weston Wilson, INF – Wilson, 28, has played professionally for six seasons after being selected by the Milwaukee Brewers in the 17th round of the 2016 MLB Draft out of Clemson University. He spent last season with triple-A Nashville and played in 118 games. In 2021 with Nashville, he slashed .267/.354/.548 with 16 home runs in 70 games.