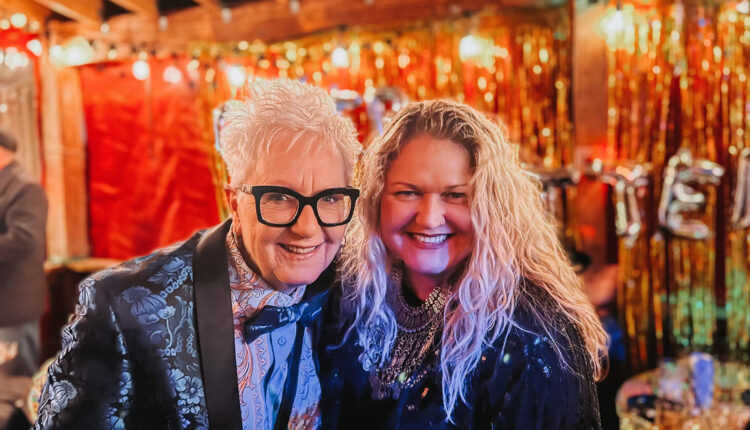 
(RNS) — On weekends, 65-year-old Jonda Valentine can often be found standing onstage, mic in hand, singing gospel songs or sharing a message about forgiveness. But the pastor’s daughter isn’t a preacher, she’s a bar owner — and her venue isn’t a church, but Nashville’s Lipstick Lounge.

In her early 40s, Valentine was a painter longing for the community she’d once had in church. Twenty years later, she’s the co-owner of a thriving lesbian bar she calls “God’s house” that has left its mark on Nashville’s LGBTQ community. Known for its drag shows as much as for its food pantry, it’s the kind of storied place that has been home to bachelorette parties, funerals and everything in between.

RNS spoke to Valentine about the many lives transformed by the Lipstick Lounge — including her own. This interview has been edited for length and clarity.

What led you to open a queer bar in Nashville?

I grew up in church, and my dad was a Pentecostal preacher. He always preached about grace and acceptance. He never condemned, really never preached against gays or lesbians. He just never spoke about it.

I knew I was gay, probably at the age of 12 or 13. I ended up getting married (to a man) in ’76. And then when I was on the road, I experienced my first relationship (with a woman). My ex was very cool about it, but this was in ’85. We went through a divorce. The church I went to was not accepting, they were more, if you are gay, don’t say anything about it, even if you’re married. But I wanted to be true to myself.

I went back to college and got my art degree and started painting full time out of my house. But I was missing fellowship, missing people. So I think I was like 43, going on 44, and I just had this thought when I was painting — open a bar. And I thought, well that’s just crazy, because I didn’t drink.

Over the next couple weeks, the same little voice in my head said, open a bar. Finally I said, OK God, is this you? I’m very spiritual. I love God and I pray on a daily basis. I thought, OK, show me a sign. And I remember waking up at like 3 o’clock in the morning. I opened my grandmother’s Bible, a 1901 King James Version. I opened to a passage in Isaiah. Basically it was saying, build a bridge. And I just knew. I thought, OK, I’m going to do this.

I really didn’t have money to open a bar, and everyone was saying, do not do it. Even my ex-husband said, you’ll go under. But I really believed that’s what God wanted me to do.

Patrons catch a performance at The Lipstick Lounge in Nashville. Courtesy photo

Has the bar always been successful?

I opened it with my twin sister, her partner and my partner at the time. We didn’t know what we were doing. God sent the right person. He sent Christa (Suppan), the owner who is with me now. She was raised in a tavern, which is ironic. I think churches and bars are so similar in so many ways. There’s just no judgment in a bar.

Christa agreed to work. And of course, the first night was a disaster. I’d never bartended in my life. So many people came in all at once, and my mind was going blank. Fortunately, the guy I went to bartending school with showed up, thank God. He jumped behind the bar. And so did another lesbian who was there, who was also a bartender. Christa said, basically, you guys have to get your shit together or I can’t do this.

Within three months, Christa came in as owner. Pretty much it’s been just Christa and I for 20 years. There were some rough times, when I thought we’d have to close. But I kept saying, ‘OK God, this is something I believe is meant to be. This is your place.’ And we would always get through the hard times.

What impact has the bar had on patrons?

I watch people come in, and they may not know God, they may not be spiritual. But people that come in, they say they feel so accepted and so loved. And it’s just a different feel. It’s not your typical bar, where you go in and try to hook up with someone, or go there just to party. It’s a community.

And I remember we were so crowded. And this young girl, not more than 23 or 24, came into the crowd. She was weeping and put her arms around me, and she said, ‘I needed to hear this. This had to be from God.’ She said, ‘My mom and dad told me I had to leave because I came out.’ It’s stories like that that touch my heart.

How does the Lipstick Lounge go beyond the role of a traditional queer bar?

We’ve had weddings there, funerals, celebrations of life. We’ve had two different ministers come and have service before we open. 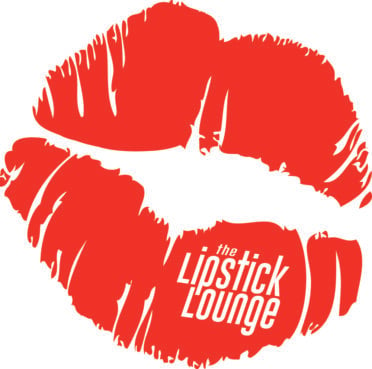 And I remember one patron, her and her partner, she had cancer. There was a new drug and they were trying to raise money. I remember Christa, she sat on stage and had her head shaved, she has beautiful long hair. She raised a lot of money that way. We’ve paid a lot of electric bills for people who have come.

There are people we’ve helped bury. A young lady we loved, in her 20s, committed suicide, and her parents didn’t have money to bury her. So we raised money, and we also raised money to bury someone else who passed from diabetes in his 30s.

The Human Rights Campaign gave us a community award. That was amazing. I mean, I didn’t even think about that. We just go about our business, and try to do the best we can, helping and giving to our community.

When you Google Lipstick Lounge, it comes up as a lesbian bar. Would you agree with that label?

We opened as predominantly a bar for lesbians. I realized there was really no nice place for a lesbian couple to get something to eat, have nice entertainment. But we’re about everybody. Gay men, lesbians, bisexuals, straight people, trans folks, everyone. Our slogan is a bar for humans. That’s big, but we are lesbian-owned, and most lesbians, when they do go out, they come to Lipstick.

Do you currently belong to a faith community?

I don’t really have a membership with a church. I think a lot of it is that I am still active in Lipstick. I get home late and just have to sleep in until at least 10 or 11. I think that’s a big part of it.

I get up and come outside every morning, and I have The Holy Bible app on my phone. It gets me in the right frame of mind. I will just meditate, pray. That’s something I do every morning. And I might feel God at different times during the day.

I still believe Christ came, died for our sins. I want to say I’m a Christian, but it’s more that I want to be Christ-like. And I think that is being a Christian.

This coverage is presented with the support of the E. Rhodes and Leona B. Carpenter Foundation. The Lipstick Lounge in Nashville. Photo by Leah Epling

US Hispanic Protestant churches are young, growing and largely new to the country

How students could give Ron DeSantis an African American history lesson