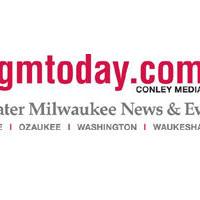 Planning a flight with your pet? Here are some options airlines offer | Travel


CHARLOTTE, N.C. — A 14-year-old beagle is searching for a new home after it was surrendered recently at Charlotte Douglas International Airport.

The dog, Baby Girl, was left at the airport because the crate she was in would not fit under her then-owner’s seat on the plane, the former owner, who did not want to be identified, told WSOC.

Since she didn’t have the money to pay cargo-transport fees, Baby Girl’s then-owner left her with FurBabies Animal Rescue, a Matthews nonprofit that works to find homes for abandoned, stray and neglected dogs.

Many airlines do not allow larger pets to travel as carry-ons, which means owners often have to choose between paying as much as $500 to transport them in cargo or leaving them at home, says Pet Travel, an online resource for advice about animal transportation

With Charlotte’s airport being one of the country’s largest hubs, many pet owners opt for certain airlines that will accommodate their four-legged friend.

Here’s what to know about pet travel policies.

Some pets can travel as carry-ons, but with limitations

Pets that can travel as carry-ons are limited to cats and dogs that meet size, age and destination requirements, according to American Airlines, one airline that allows the practice.

Kennels can replace carry-on bags if you pay the carry-on pet fee and the kennel stays under your seat for the entire flight, the airline says.

These are the rules for pets traveling as carry-ons:

Pets must be able to stand up, turn around and fit comfortably inside their carriers.

Non-collapsible kennels can’t exceed under-seat dimensions of any aircraft included in your itinerary.

Soft-sided collapsible kennels can be slightly larger but still need to fit under your seat.

Here are the recommended kennel dimensions for American Airlines flights:

Mainline flights on American: 19 by 13 by 9 inches

Regional flight on American Eagle: 16 by 12 by 8 inches

Pets that are too large to fly in the cabin are required to travel as cargo, according to American Airlines.

Delta Air Lines and United Airlines are the only other airlines that allow pets to travel in cargo.

Pets are eligible to fly in cargo on American Airlines if they:

—Are older than eight weeks

—Will be flying as PPS or as ExpediteFS

—Are flying on a compatible aircraft

—Are flying in temperatures forecasted to be 85 degrees or under

—Are flying in appropriately sized kennels

If you plan to travel with a checked pet, be sure to contact Reservations at least 48 hours prior to your flight and view the kennel guidelines for checked pets.

You can travel with a pet on most flights for up to 12 hours, or flights to and from certain locations, according to American Airlines:

Within the 48 contiguous states

The U.S. and Canada

Pets traveling within the U.S. must be at least eight weeks old, and all dogs must meet government requirements for vaccinations, according to American Airlines.

Here are the fees for traveling with pets on American Airlines flights:

Cargo pet: Varies, fees will be confirmed at the time of booking

A service animal is defined as a dog that is trained to perform tasks for individuals with disabilities, including visual impairments, deafness and post-traumatic stress disorder, according to the airline.