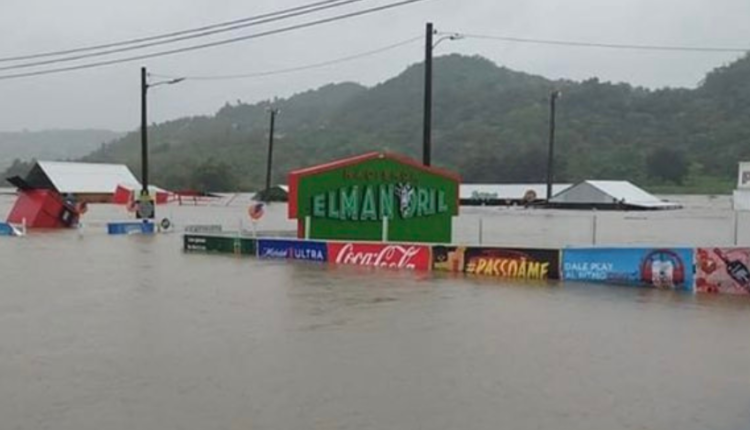 
Five years ago, Hurricanes Irma and María wreaked havoc on Puerto Rico, forcing thousands of the archipelago’s residents to make a painful choice: stay or leave. And while both September 2017 Category 4 storms bitterly changed the United States territory’s landscape in terms of lives lost, they also unwittingly nurtured another sinister phenomenon.

But there’s more to the equation than a simple “buy cheap, sell high” rationale.

Add to the mix favourable legislation — like the July 2019 Ley 60 (Tax Incentive Code, Act 60), which provides tax exemptions for investors and businesses establishing themselves in Puerto Rico — and the picture becomes clearer.

Act 60’s purpose is to “promote investment in Puerto Rico by providing investment residents with tax breaks”. Among these is the exclusion of tax on income from US-sourced capital gains and dividends (after arriving as a resident in the archipelago).

Considering English is widely spoken, and neither a visa nor a residency permit is required to move to the archipelago, many wealthy people find few entry barriers.

The local currency is US dollars and the American flag is nearly ubiquitous, meaning the colonial canvas is indelibly forged in the minds of gentrifiers. All of this makes it increasingly attractive for (non-Puerto Rican) US citizens to continue moving to the archipelago.

Putting the scenario of disaster gentrification into context requires a brief look at Puerto Rico’s history.

From 1493 to 1898, Borikén (the land’s original, Indigenous name) was governed by Spain. Rich in gold and strategically valued as a military post, the Caribbean gem was seen as a treasure trove. As a consequence of the Spanish-American-Cuban-Filipino War, four centuries of Spanish colonial rule came to a close in 1898. Under the Treaty of Paris, Cuba gained its independence, whereas Puerto Rico, Guam, and the Philippines came under United States control.

For the past 124 years, Puerto Rico has been occupied by the US government. Though the legal term used is an unincorporated territory, the fact remains that Borikén is a US colony.

The archipelago, a jewel

Borikén is home to countless Boricuas (the term used to identify native-born Puerto Ricans of Puerto Rican descent). This clarification is significant because there is a heated debate around who is allowed to call themselves “Boricua”. Sometimes persons born on the archipelago (to non-Puerto Rican-descended parents) claim the moniker.

Other than its original name, Borikén, Puerto Rico is also affectionately known as La Isla del Encanto (The Island of Enchantment). The archipelago, which includes the main island, Puerto Rico, along with its two smaller ones, Vieques and Culebra, is home to the El Yunque Rainforest, three of the world’s most brilliant bioluminescent bays, and countless pristine beaches.

Tourists flock here from all over the world, especially from the US. But what happens when a percentage of those often wealthy tourists do not want to leave? What becomes of the local population when many of those “once visitors” become so enamored with Puerto Rico that they have their hearts set on living here?

Displacement of a people

It is too soon to obtain exact data on how many local residents left the archipelago due to Hurricane Fiona, which made landfall on September 18 last year. However the impact of Hurricanes Irma and María is clear.

In a nation with a population of only 3.2 million, those numbers are revealing. The Pew data further paints the picture: “The population of Puerto Rico stood at 3.2 million in 2018, its lowest point since 1979 and down sharply from 2017, when hurricanes Maria and Irma hit the island … The 3.9% decline in 2018 represents the largest year-to-year drop since 1950, the first year for which annual data is available.

“The number of people in Puerto Rico has dropped by 632,000 since its peak in 2004. Even before the hurricanes hit, Puerto Rico’s population was expected to drop to less than 3 million by 2025, according to projections published in 2017. The mid-2000s marked a turning point for the island’s economy, when it entered a recession from which it has not recovered. Since then, many Puerto Ricans have left the island for the US mainland, in particular for Florida, often citing job- and family-related reasons.”

It’s one thing to be displaced by a hurricane. It’s entirely another matter when real estate developers and US investors take advantage of the archipelago’s disaster for profit.

The situation is best described via a YouTube report by independent journalist, Bianca Graulau. In it, Graulau interviews displaced residents in the northwest towns of Quebradillas, Aguadilla and Isabela.

Independent real estate broker Madelyn Reyes empathises with those sentiments. Based in the capital, San Juan, she sees what is happening to her fellow Puerto Ricans. “Often they sell their homes, receiving double the value. But what happens is when it’s time to find new buyers, locals [in the market for a home] tell me those homes are too expensive … These last several years I’ve seen many foreigners buying property. The boom in available property happened after Hurricane María. Then right after the pandemic hit, we saw another surge.”

Fed up with the situation, and terrified at the prospects of a “Puerto Rico sin puertorriqueños” (a “Puerto Rico without Puerto Ricans”), many on the archipelago are raising their voices. Grassroots movements like #AbolishAct60, #GringoGoHome and Diáspora en Resistencia (Diaspora in Resistance), are fighting back, demanding gentrifiers leave the island and calling for Governor Pedro Pierluisi to end the tax incentives.

#AbolishAct60 posted an Instagram video, in October, 2022, where US celebrity podcaster, Logan Paul, is heard criticising rapper, Bad Bunny (Benito Antonio Martínez Ocasio), for taking advantage of Ley 60. Ocasio is born and raised in Puerto Rico. He — and other Puerto Ricans like him — are unable to benefit from the Act.

Florida resident, María Torres-López, founder of Diáspora en Resistencia, which advocates for the archipelago’s de-gentrification, encourages Puerto Ricans outside the archipelago to engage politically, As a Boricua who left her native Borikén 20 years ago, the struggle is close to her heart and Torres-López is leading the fight.

She told Time Magazine: “If anybody needs to be moving and buying in Puerto Rico, it needs to be the Puerto Rican people who had no other choice but to leave.”

Puerto Rico’s problem will not go away overnight. There will always be vultures seeking to profit from it. Two ways to work toward stifling the continued gentrification are for Puerto Rico to become a sovereign country and for legislation to be introduced giving priority to Puerto Rican homebuyers and guaranteeing affordable housing for tenants.

[Lola Rosario is a New York City-raised Boricua cultural journalist and spoken word poet. A fierce proponent of a sovereign Puerto Rico, her work focuses on the decolonisation of Borikén and the dismantling of patriarchal systems. Lola lives in the coastal town of Loíza.]

Planning a flight with your pet? Here are some options airlines offer | Travel