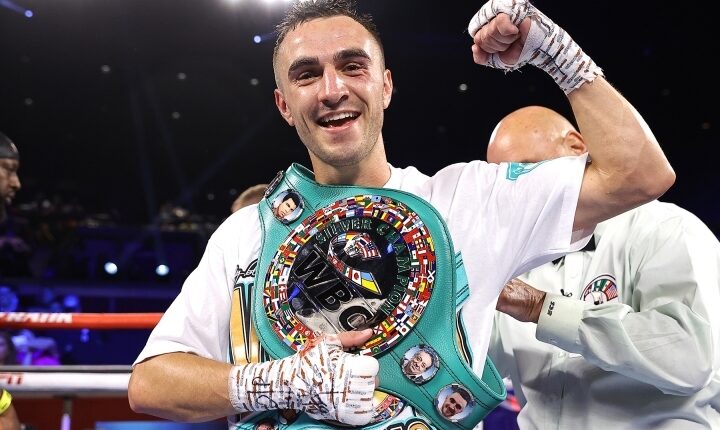 
Jason Moloney and Nonito Donaire are finally on the WBC’s clock.

BoxingScene.com has confirmed that the WBC has formally ordered a vacant bantamweight title fight between Moloney and Donaire, more than two months after confirming the pairing during its annual convention last November. The fight was ordered over the weekend, with the two sides given until February 17 to reach terms and avoid a purse bid hearing.

Moloney fights under the banner of Hall of Fame promoter Bob Arum’s Top Rank, with company vice president Carl Moretti instructed to take the lead in negotiations for the former two-time title challenger who is managed by Tony Tolj. Donaire is promoted by Richard Schaefer and managed by his wife, Rachel.

The WBC confirmed during its convention that Moloney and Donaire would be next in line for the title once Naoya Inoue (24-0, 21KOs) vacated the belts to campaign at junior featherweight. The unbeaten three-division champ stuck around at bantamweight long enough to become the division’s first undisputed champion in fifty years and the first Asian undisputed champion at any weight during the three- or four-belt era.

Inoue accomplished that feat following an eleventh-round knockout of England’s Paul Butler last December 13 in Tokyo. Inoue defended the lineal, WBA and WBC titles while lifting Butler’s WBO belt in the process. His reign lasted exactly one month before abdicating the throne during a January 13 press conference in his Yokohama hometown.

Moloney and Donaire were named as the top two WBC contenders during the sanctioning body’s convention, where it was agreed that their eventually ordered fight would carry a 50-50 split should it eventually make its way to a purse bid hearing.

Donaire (42-7, 28KOs)—a Fil-Am superstar born in Talibon, Bohol, Philippines and now based out of Las Vegas—has not fought since a second-round knockout loss to Inoue last June 7 at Saitama (Japan) Super Arena.

The same venue hosted their memorable November 2019 clash, when Inoue outpointed Donaire to defend his IBF title and win the WBA ‘Super’ belt along with the WBSS tournament. Donaire came back to win the WBC title in a May 2021 fourth-round knockout of unbeaten Nordine Oubaali, breaking his own record as the oldest fighter to win a bantamweight title.

Donaire made one successful defense, a fourth-round knockout of unbeaten countryman Reymart Gaballo in December 2021. He leveraged his title status for a lucrative three-belt showdown with Inoue last June, only to come up well short in the process.

His legendary standing as a former four-division titlist and recently removed titleholder saw Donaire secure a favorable placement in the WBC rankings. He couldn’t advance any higher than number-two, since Moloney already won a title eliminator to earn the top spot. However, it was enough to position himself for a shot at a fourth bantamweight title reign.

Donaire has been adamant about competing for the title, to the point of confirming that he doesn’t have any plans to step aside or relinquish his ranking. That will mean that he will maintain the right to next challenge for the vacant title, whether Moloney—through Top Rank—complies with the WBC negotiation order or is steered in a different direction.

The WBC was the first sanctioning body to order a vacant title fight since Inoue relinquished the crown earlier this month.

The Philippines’ Vincent Astrolabio (18-3, 13KOs) and Puerto Rico’s Rodriguez (21-2, 13KOs; 1NC) and the both won separate eliminators to next challenge for the vacant IBF title, should either or both go that route. Both boxers are rated two and three in the WBO rankings, where Moloney also commands the top spot. The WBO will likely take a wait-and-see approach with at least the IBF before announcing the contenders for its vacant title.

Takuma Inoue (17-1, 4KOs), Naoya’s younger brother, is the highest rated challenger in the WBA bantamweight rankings. One spot below is Melvin Lopez (29-1, 19KOs), a Nicaraguan knockout artist based out of Miami whose team awaits word on if their charge will land a title shot. The WBA has yet to make any such ruling, nor was any clarification made during its annual contention last December in Orlando.

Jake Donovan is a senior writer for BoxingScene.com. Twitter: @JakeNDaBox

For Gen Z, crystals embed spirituality in the planet