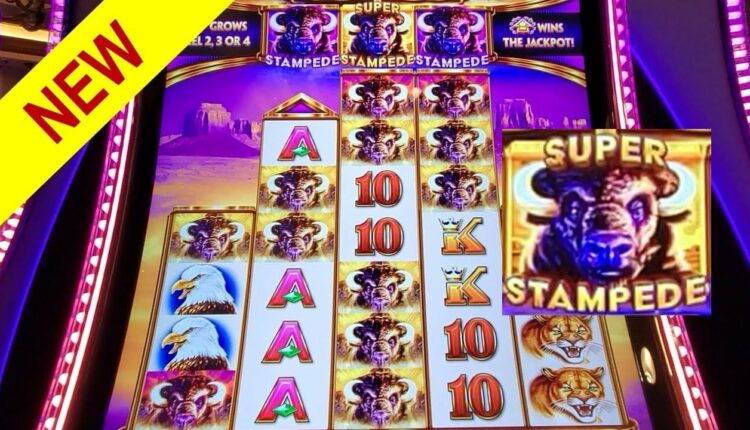 Aristocrat Leisure Could Prowl For Acquisitions This Year

That’s according to Fitch Ratings, which recently affirmed the Australian company’s credit rating at “BBB-” with a “stable” outlook. The research firm said the rating is indicative of Aristocrat’s sturdy positioning in the global slot machine market as well as the company’s commitment to keeping its balance sheet leverage low.

The company will continue to manage the balance sheet conservatively, all while investing in its existing portfolio, returning capital to shareholders through dividends and opportunistic buybacks, and potential acquisitions,” noted the ratings agency.

Aristocrat commands about 20% of the US slot market, tussling with rivals International Game Technology (NYSE: IGT) and Light & Wonder (NASDAQ: LNW). The manufacturer’s titles include the popular Buffalo series, Crazy Cash, Moon Race, Ninja Moon, and Panda Moon, among others.

Aristocrat doesn’t shy away from big deals. In 2021, the Australian gaming device giant attempted to acquire Playtech for $2.84 billion. That effort encountered headwinds, including competing bids from other suitors, and ultimately, Aristocrat’s inability to convince 75% of Playtech investors to approve the deal. Undaunted, Aristocrat could again return to hunting for takeover targets.

It’s possible the company could look for deals related to its digital business, which accounted for 46% of its revenue last year, up from 16% in 2017.

With dominance in the land-based slot market established, it’s likely that if Aristocrat pursues acquisition opportunities, it will be on the digital front. That was the allure of Playtech, a gaming software company.

“Fitch believes there are limited synergies into Aristocrat’s land-based segment, but its Digital products provides healthy diversification to its core slot business (as evidenced during the pandemic),” added the research provider.

Aristocrat in an Enviable Position

Aristocrat’s balance sheet is sturdy enough to absorb bolt-on acquisitions while providing for share repurchases as its liquidity and net leverage have markedly improved since mid-2021.

Fitch doesn’t expect a material alteration to the company’s leverage profile unless it proceeds with a large, debt-fund acquisition. Given Aristocrat’s penchant for keeping the balance sheet clean, such a transaction may not materialize this year. But even if it does, the company has a track record of quickly paring leverage following purchases in which it used debt.

“Fitch expects the company to continue to pursue strategic M&A using its strong excess cash balances following the AUD1.3 billion equity raise that was previously earmarked for the lapsed Playtech deal. The company could also use cash on hand annually to repurchase shares should M&A not materialize,” concluded the ratings agency.