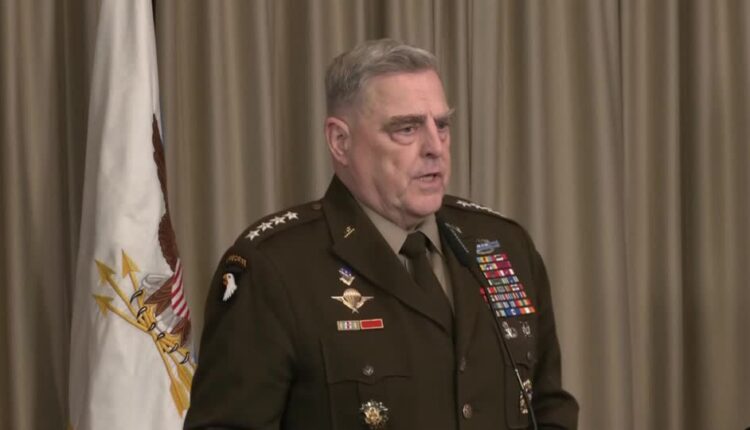 ‘Very difficult’ to oust Russia from Ukraine in 2023 -Milley


STORY: “From a military standpoint, this is a very, very difficult fight,” the top U.S. general said at a press conference following an international Ukraine support conference at Germany’s U.S. Ramstein Air Base.

“For this year, it would be militarily difficult to eject the Russian forces from every inch of Russian occupied Ukraine,” Milley added, noting that it could still be possible.

Miley said he believed the war would end at a negotiating table, and said Putin “should and could” end the war today.

NEW RULES NEED TO BE MADE