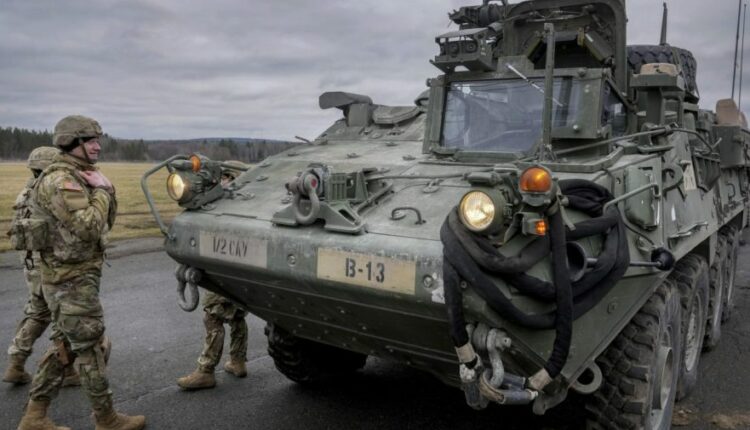 US to send Stryker vehicles to Ukraine in new $2.5 billion package


The United States on Thursday announced a huge $2.5 billion weapons package for Ukraine, including 90 Stryker combat vehicles, the first time Washington has committed the system to Kyiv.

The new lethal assistance — announced a day ahead of a gathering of top Western military officials for the Ukraine Contact Group in Germany — includes hundreds of armored vehicles, thousands of artillery rounds and new Avenger air defense systems pulled from U.S. weapons stockpiles.

“The Kremlin’s most recent air attacks against Ukraine’s critical infrastructure again demonstrate the devastating impact of Russia’s brutal war in Ukraine,” according to a statement from the Biden administration.

The extra vehicles, combined with the 50 Bradleys previously committed to Ukraine earlier this month, will give Ukraine two brigades worth of armored capability, the statement notes.

Russia is battering Ukraine with a rolling barrage of missile and drone strikes aimed at civilian target sand energy infrastructure. The attacks, including a particularly devastating strike on an apartment building in Dnipro that killed more than 40 people, has also crippled power supplies in the midst of winter. There are also fears Russia is preparing for a renewed offensive.

With the latest package, the United States has now committed nearly $27 billion in lethal aid to Ukraine since Russia first attacked the country on Feb. 24.

Ukraine continues to push for the West to provide battle tanks to the embattled country, including the M1 Abrams tank, though that effort became firmly stalled this week after U.S. officials expressed reluctance over difficulties in maintenance and training for the advanced tracked vehicle.

The U.S. decision creates an impasse in getting Ukraine tanks from other NATO allies, as Germany has made clear it would only allow other countries to send German-made tanks if the U.S. commits the Abrams first.

For the latest news, weather, sports, and streaming video, head to The Hill.