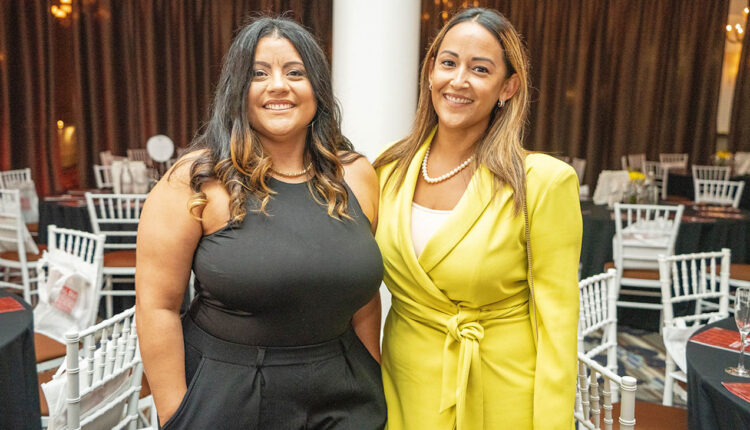 
Luz Colón, who has a history of behind-the-scenes political work in city and state government, will announce her candidacy for Philly City Council at-Large on Thursday, Jan. 26, in Northern Liberties.

Colón, a Puerto Rican woman, brings an expansive political resume — including her work with Latino political stalwart Ángel Ortíz — to an overwhelming field of at-Large candidates for Philadelphia City Council, according to a press release this week.

For well over 20 years, Colón worked for the City of Philadelphia as a Community Liason and in the office of Constituent Services under numerous representatives, like former Councilmembers Blondell Reynolds-Brown and Bill Greenlee.

She remembers volunteering and working on campaigns, according to a source close to the campaign.

During that time, the press release wrote, Colón “experienced first-hand the commitment and dedication it takes to serve the city of Philadelphia.”

And for 15 years, she was a committee person for the 20th Ward and 10th Division, helping to facilitate elections, in addition to addressing errors in voter registration and education, the press release read.

Rooted in the city’s Latino community, Colón also serves on the advisory board of Asociación de Puertorriqueños en Marcha, Inc.

In 2016, she was tapped to helm the Governor’s Advisory Commission for Latino Affairs (GACLA), her first state-level role, where she recruited and led 33 commissioners across PA “to bring state and federal services and opportunities to local communities.”

The GACLA was first established in 1971 and is the sole office within Harrisburg that handles Latino Affairs in the Commonwealth. In 2015, former PA Governor Tom Wolf revived the commission with updates via an Executive Order, and appointed Colón as its Executive Director.

In that role, a source said, Colón worked with growing network of similar commissions nationwide, an experience that helped guide her own work within Harrisburg.

Colón enters an incredibly crowded and competitive race with more than 20 candidates vying for seats after a series of resignations led to vacancies.

There are seven at-Large seats in council, of which five a reserved for Democrats. Two seats are set aside for minority parties.

Colón will face off against candidates who have already begun campaigning and fundraising efforts city-wide as she works to catch up to her contenders.

She’ll need to win the favor of the ward leaders, who will ultimately endorse the most viable candidate to the seat, a key move for any candidate that wants to succeed in the May primary.

After Maria Quiñones Sánchez’s resignation in September, the District 7 seat was inherited by her protégé, current city councilwoman Quetcy Lozada. The District 7 seat is one of a few strongholds for Latinos who vie for local races.

There is, however, no Latino representation for at-Large candidates, making Colón the second Latinx candidate to break away from District 7 in 2023, following Michael Galván — who has since dropped out.

A week before her announcement, Colón begins her endeavor by releasing campaign information on her website.

Editor’s note: This article has been updated to reflect Luz Colón’s overall experience within local government.

Cardinal Pell will be interred in Sydney crypt in February