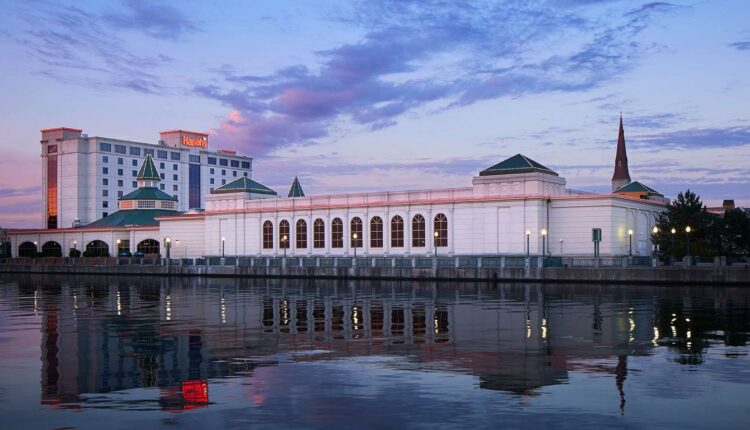 A convicted felon last week hid a firearm in the parking deck at the Harrah’s Joliet Casino & Hotel in Illinois, police said. The incident took place after he allegedly assaulted his girlfriend and then fled to the parking facility.

Rashad Owens, 33, of Joliet, was spotted by police and apprehended for the assault on January 12.

A few hours later, casino security found the loaded .38-caliber gun on the deck, Patch reported. The serial number on the firearm was defaced, police said. Owens was seen on casino surveillance video hiding the gun on the deck, authorities said.

The incident began on January 11 when police received a report of a domestic dispute in a residence, during which Owens allegedly struck his girlfriend in the face with a bag filled with various items, police said. He then allegedly fled the residence and hid in the parking deck.

When he was located by police, officers searched his clothes, discovering five bullets, police said. A few hours later, the firearm was located on the parking deck.

Owens was charged with domestic battery, unlawful possession of a weapon by a convicted felon, unlawful ammunition possession, defacing identification marks on a gun, and having no firearm owner’s identification card. He was booked at the Will County Adult Detention Facility on January 12 and remained in custody as of midday Thursday. Bail was set at $5,300, according to online jail records.

In addition, Owens was found to have a pending warrant from DuPage County.

In an unrelated incident, Robert Watson is facing a trial for first-degree murder for a violent homicide at the Harriet Joliet.

Watson was arrested in connection with a March 2019 incident during which Emanuel “Sam” Burgarino, 76, of Wisconsin was stabbed 26 times and robbed while in a hallway on the hotel’s fifth floor.

He remains in custody in lieu of $5 million bail while awaiting trial, which is scheduled to begin at the Will County Courthouse on February 6.

Watson suspiciously lurked and stalked patrons on Harrah’s property for hours — in plain view of hotel staff — without checking in, gambling, or buying anything,” she explained in her ruling. “Harrah’s cameras repeatedly recorded him doing so, and Harrah’s did nothing to investigate his presence or prevent the attack on Burgarino.”

Dixon sued the casino operator in February 2021. The judge did grant Caesars’ motion to dismiss the plaintiff’s claim for intentional infliction of emotional distress.

According to Dixon, the basis for this complaint was that Harrah’s employees neglected to inform her about the assault and stopped her from proceeding to the fifth floor when she discovered something was wrong.

Burgarino and Dixon had been gambling in the Joliet casino before the stabbing.

Since his arrest, Watson claims food served to him in jail was poisoned. As a result, he opted to purchase Honey Buns, which are individually wrapped. He also repeatedly refused to appear in court for pretrial hearings.

Watson’s lawyers had argued he is suffering from schizophrenia and that he was mentally incompetent at the time of the killing.

Psychiatrists disagreed on his competency and, ultimately, jurors determined he was fit to stand trial.

Why Kentucky Should Legalize Sports Betting, Part II: The 2023 Election