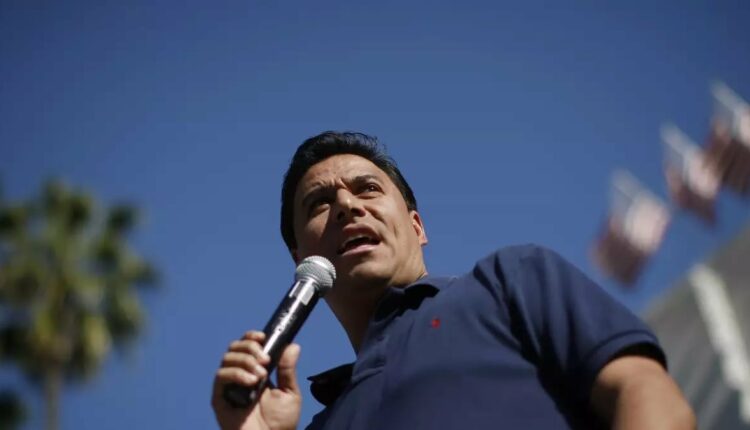 Arrested in June 2020, Huizar had previously denied being the center of a bribery and money laundering conspiracy that offered favorable treatment to property developers seeking to build in downtown Los Angeles.

But Huizar’s plea agreement, in which he admits racketeering conspiracy and tax evasion charges, was signed Wednesday and filed in Los Angeles federal court yesterday. Under the terms of the deal, prosecutors have agreed to request a sentence of no more than 13 years in prison, while the defense will ask for no less than nine years.

Although unlikely, US District Judge John F. Walter could still choose to ignore sentencing recommendations and go for anything up to 26 years.

At the time of the infractions, Huizar was chairman of Los Angeles’ Planning and Land Use Management Committee. This oversaw large-scale commercial and residential development in the city, giving Huizar and his colleagues the power of life and death over major construction projects. He also represented Council District 14, which includes the downtown area.

The odds would have been stacked against him if the case had gone to trial, since prosecutors have already secured convictions against several of the major players in the conspiracy.

Chief among these are Chinese property developer Shenzhen New World Group and its billionaire owner, Wei Huang, 57. They were found guilty in November of three counts of honest service wire fraud, four counts of interstate and foreign travel in aid of bribery, and one count of bribery.

In 2010, Shenzhen acquired the L.A. Grand Hotel, which it wanted to transform into a 77-floor mixed-use skyscraper. It would have been the tallest building on the West Coast.

The FBI was alerted to this arrangement by staff at the Palazzo Las Vegas. They recognized Huizar and flagged him as a “politically exposed person,” who was suspiciously cashing out tens of thousands of dollars in casino chips that had been provided by Wei.

The Chinese billionaire did not appear at trial and is considered a fugitive by the US government.

Meanwhile, one of their colleagues, Mitch Englander, pleaded guilty in 2020 to accepting kickbacks from businessmen and has since been released from prison.

Esparza cooperated with federal authorities and pleaded guilty to a single charge of racketeering in July 2020.

The only case left to go to trial is that of former Deputy Mayor Raymond Chan. He is accused of arranging “indirect bribe payments” to key city officials by securing employment contracts for the officials’ relatives.

He denies the charges and his trial is scheduled for February 21.