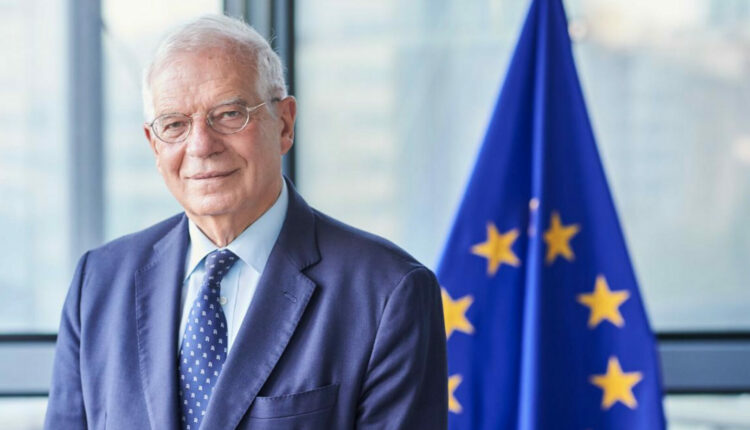 Borrell: ‘There is no parallel between the crimes of Nazi Germany and the international help for Ukraine’


The Russian regime’s manipulation of the truth to justify its illegal war of aggression against Ukraine has reached another “unacceptable and disgustingly low point”, EU High Representative Josep Borrell has said, commenting on recent comments by Russian Foreign Minister Lavrov accusing the West of seeking a “final solution” for Russia.

These comments are “entirely misplaced, disrespectful and trample on the memory of the six million Jewish people, and other victims, who were systematically murdered in the Holocaust. This adds to previous antisemitic remarks of Minister Lavrov,” said Borrell.

The EU High Representative reminded that contemporary Europe was built on the ashes of the Holocaust, which is “a defining, terrible legacy of European history”. “This is why next week, we will commemorate the annual International Holocaust Remembrance Day,” says Borrell.

He adds that “there is no parallel between the crimes of Nazi Germany and the international help for Ukraine in defending its territory and people against unjustified aggression. Russia has invaded a sovereign neighbouring country, targets and kills civilians there on a daily basis, with the stated aim to destroy the country and the Ukrainian nation.”