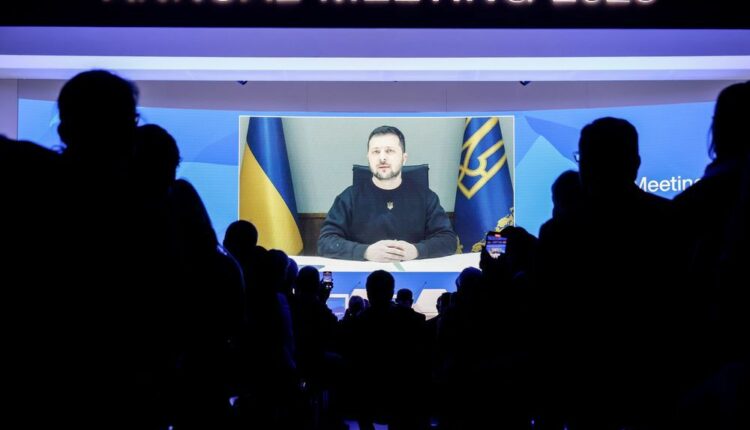 Ukraine Latest: US to Send About 100 Stryker Armored Vehicles

(Bloomberg) — The Biden administration is planning to send about 100 Stryker armored vehicles in its next package of military aid to Ukraine worth about $2.5 billion.

The US is poised to unveil the package as part of a broader announcement by western allies of new hardware for Ukraine that’s set for Friday, when defense ministers meet at Ramstein Air Base in Germany, people familiar with the matter said.

Sign up to receive the daily top stories from the Financial Post, a division of Postmedia Network Inc.

Thanks for signing up!

A welcome email is on its way. If you don’t see it, please check your junk folder.

The next issue of Financial Post Top Stories will soon be in your inbox.

We encountered an issue signing you up. Please try again

(See RSAN on the Bloomberg Terminal for the Russian Sanctions Dashboard.)

Ukrainian troops repelled attacks near 14 settlements in the Donetsk and Luhansk regions, including Bakhmut and Soledar, over the past day, the General Staff said on Facebook. The Nikopol district in the Dnipropetrovsk region was shelled overnight, Governor Valentyn Reznichenko said on Telegram.

The government approved further military aid of €113 million ($122 million) for Ukraine, its biggest contribution of heavy weapons so far.

“All countries must look into their stockpiles and ensure that industries are able to produce more and faster,” Prime Minister Kaja Kallas said in the statement.

“Russia is wrecking Ukraine and Russia should pay for that damage,” Freeland said during a panel in Davos. Canada has passed legislation to allow seizing and turning assets over to Ukraine.

The European Union and others are currently exploring options to implement policies similar to Canada’s.

Ukrainian Foreign Minister Dmytro Kuleba appealed to nations that have Leopard 2 tanks to pass them on, according to an emailed statement.

“We guarantee that we will use these weapons responsibly and exclusively for the purposes of protecting the territorial integrity of Ukraine,” he said. Armored vehicles are greatly needed as the threat of a new full-scale offensive by the Russian forces is “very real,” according to the statement.

Russia’s Federal Security Service has opened a criminal case against a US citizen for alleged espionage on “biological” topics, Tass reported.

The agency didn’t name the suspect or indicate whether or not they had been detained. No details on the charges were provided. Russian officials have repeatedly accused the US of seeking to create biologically targeted weapons, allegations that Washington dismisses as absurd.

Johnson Calls for More Weapons for Ukraine at Davos (8:13 a.m.)

Former UK Prime Minister Boris Johnson told an audience in Davos that allies should increase their support of Ukraine and focus on that rather than trying to analyze Russian President Vladimir Putin’s plans.

Johnson said government should give Ukraine weapons, including tanks. He said don’t debate whether Putin will or will not use nuclear weapons because he won’t.

Without naming Germany directly, Zelenskiy said it was wrong for countries to say they will only supply his government with battle tanks if an ally outside the European Union, such as the US, does the same. Chancellor Olaf Scholz has indicated the ruling coalition in Berlin won’t move unilaterally to supply Leopard 2 tanks.

Speaking via video link, Zelenskiy told a World Economic Forum event in Davos that additional artillery and missile systems won’t be used to strike inside Russia but to target occupied territories from where Russian forces are launching attacks.

Asked whether Ukraine would target Russian-occupied Crimea, he said: “This is not our intention, it is our land. Give us your weapons and we’ll bring our land back.”

President Joe Biden and Senate Republican Leader Mitch McConnell were among those who expressed condolences over the deaths of Ukrainian Interior Minister Denys Monastyrsky and at least 13 other people in a helicopter crash near Kyiv on Wednesday.

Biden, in a Twitter post, called Monastyrsky “reformer and patriot.” McConnell tweeted of the crash victims: “I know their commitment to the defense of their country and its freedom and sovereignty will live on as Ukraine keeps up its brave fight.”

Monastyrsky and his deputy are the highest-ranking Ukrainian officials to have lost their lives since Russia’s war began in February.

US Plans to Send Stryker Vehicles in Next Aid Package (5:20 a.m.)

The US plans to send about 100 Stryker armored vehicles to Ukraine as part of a new package of military aid worth about $2.5 billion, adding another more powerful weapons system that it had previously withheld, people familiar with the matter said.

The people added that the plans remain incomplete and could change.