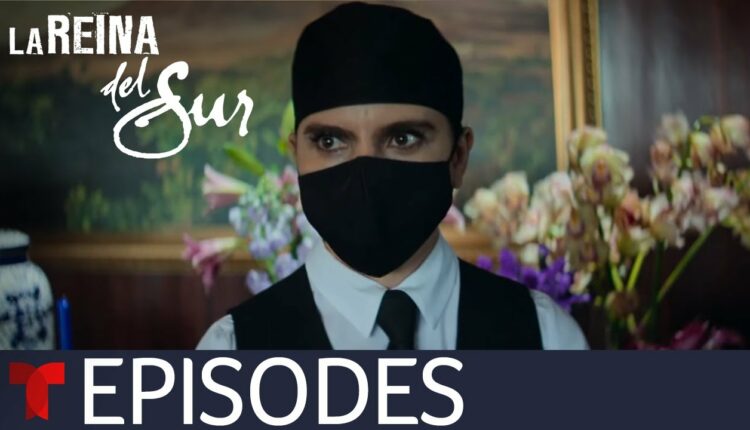 La Reina del Sur New Season. Palermo notices that he is recognized, and that individual is knocked out. Teresa must act, she surprises Epifanio and confronts him, while they talk, she goes live with a hidden camera. Watch the full episode on Telemundo app and on Video On Demand.

La Reina del Sur New Season
After a dramatic escape, Teresa becomes involved in a new and unexpected alliance, risking her life on a tour of Latin America and attacking the DEA iin a way that no one imagines The chances of survival are slim. The decision to fight is absolute. Finally, Teresa can see the goal she longs for, to leave her past behind to clear her name and live a life in peace with her daughter.

Telemundo App
Telemundo – Full Episodes is your digital destination to enjoy the programming you like! Watch full episodes of your favorite Telemundo shows, live TV and exclusive content by downloading the Telemundo app – Full Episodes and logging into your provider’s TV account.

Telemundo
Telemundo is a world-class media company leading the industry in the production and distribution of high-quality Spanish-language content across multiple platforms for Hispanics in the United States and around the world. Telemundo Network features original productions from Telemundo Studios —the #1 producer of primetime Spanish-language content— as well as alternative content, feature films, specials, news, and the world’s most popular sporting events, reaching 94% of U.S. Hispanic viewers in 210 markets through 17 owned stations and 57 broadcast TV affiliates. Telemundo also owns WKAQ, a local television station in Puerto Rico. Telemundo is part of NBCUniversal Telemundo Enterprises, a division of NBCUniversal, a subsidiary of Comcast Corporation, and one of the world’s leading media and entertainment companies.

Telemundo
Telemundo Now is your digital destination to enjoy the programming you love! Watch full episodes of your favorite Telemundo shows by downloading the Telemundo Now app and logging into your provider’s TV account.

UFOs – ORBS and SPHERES – Mysteries with a History