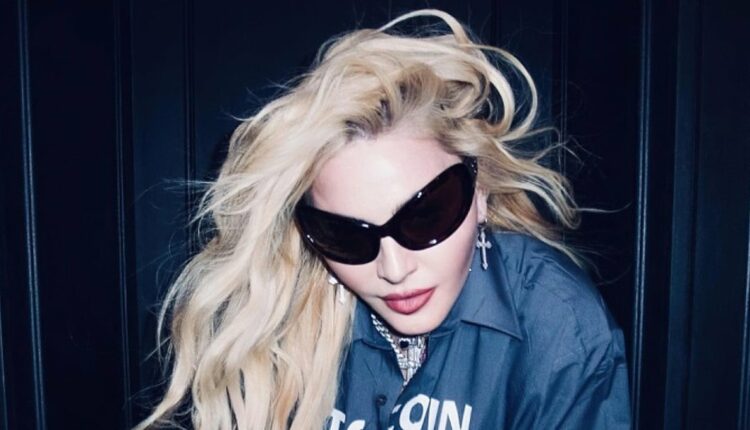 Madonna has announced a world tour that will make its final US stop on Saturday, October 7 at T-Mobile Arena in Las Vegas. The “Celebration” tour will spotlight her 40 years of hits. Some tickets go on sale Tuesday.

Produced by Live Nation, the 35-city global tour will kick off July 15 in Vancouver and conclude December 1 in Amsterdam, and includes two dates (August 23 and 24) at New York’s Madison Square Garden and one (August 5) in her hometown of Detroit.

I am excited to explore as many songs as possible in hopes to give my fans the show they have been waiting for,” Madonna said in a statement.

The 64-year-old Material Girl made her announcement in a viral video inspired by her 1990 film, Truth or Dare. The clip – costarring movie producer Judd Apatow, actor Jack Black, rapper Lil Wayne, music producer Diplo, and comedians Eric Andre, Larry Owens, and Amy Schumer, among others – culminates with Schumer daring Madonna to go on tour and perform her four decades of mega hits.

Directed by Madonna’s longtime creative director, Jamie King, “Celebration” will be the pop superstar’s first greatest-hits tour not geared to a new album release. According to unconfirmed reports, its purpose is to capitalize on tracks such as “Vogue” and “Material Girl” going viral on TikTok, and to introduce her back catalog to Generation Z.

Madonna last toured in 2019 and 2020 in support of her 14th studio album, “Madame X.” That tour exclusively booked theaters – including on Nov. 7, 2019, at the Colosseum at Caesars Palace.

This year marks 40 years since Madonna first entered the Billboard Hot 100 chart with her 1983 single, “Holiday.”

Madonna prepped her fans for a new tour announcement in an interview with Variety last summer, in which she said: “I want to go on tour again. I’m a creature of the stage. That is my happy place.”

Bob the Drag Queen (aka Caldwell Tidicue) will be the special guest on all “Celebration” tour dates.

Legacy members of Madonna’s Official Fan Club will have a presale opportunity beginning Tuesday, January 17 at 12 p.m. ET through January 18 at 5 p.m. ET.

Why Kentucky Should Legalize Sports Betting, Part II: The 2023 Election

Russia-Ukraine war live: arming Ukraine is ‘the only path to peace’, says UK…