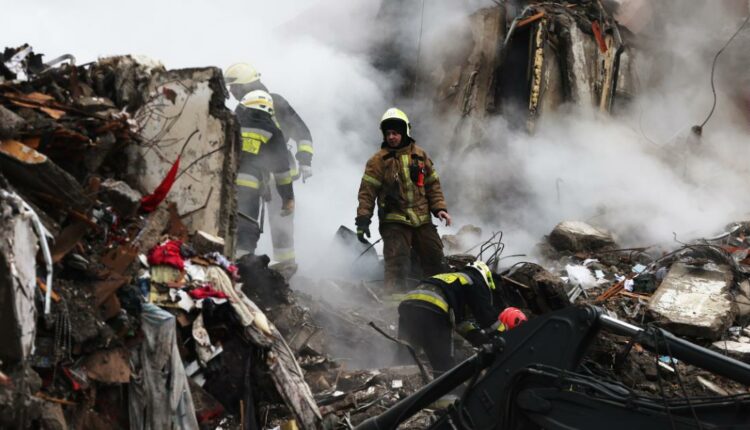 
Wednesday’s helicopter crash counted Ukraine’s interior minister and several members of his leadership team among its victims, thought to be the most senior government officials to have died since Russia launched its full-scale invasion of Ukraine last February.

Interior Minister Denis Monastyrsky, his first deputy Yevheniy Yenin, the ministry’s state secretary Yuriy Lubkovychis, the helicopter crew and several ministerial assistants were killed in the crash in the Kyiv suburb of Brovary.

Monastyrsky, 42, was a lawyer by training. According to a biography published on the ministry’s website, he spent some years teaching law and management at a university in his home town of Khmelnytskyi, before deciding to turn “from theory to practice” and become involved in politics.

He worked on reforming Ukrainian law enforcement following the 2014 Euromaidan revolution, rose through the ranks and was appointed interior minister in July 2021.

Yenin, also 42, served as Ukraine’s deputy prosecutor general and deputy minister of foreign affairs before becoming Monastyrsky’s first deputy in September 2021, according to the ministry’s website.

Lubkovychis was 33 and, like the other two men, was also appointed to the ministry in 2021.

President Volodymyr Zelensky said in a statement that Monastyrsky, Yenin and Lubkovychis were “true patriots of Ukraine.”