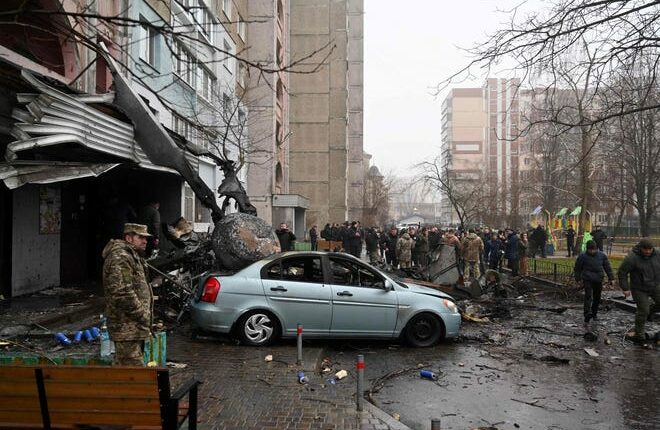 
The Pentagon has designated stockpiles of its artillery shells in Israel to supply Ukrainian forces engaged in heavy combat with Russia in the Donbas region, a U.S. official confirmed Wednesday to USA TODAY.

The two sides have been firing thousands of shells a day at each other, a pace that has forced the U.S and its allies to scour the world for ammunition to feed Ukrainian guns. News of the transfer from Israel was first reported by The New York Times.

The official was not publicly authorized to speak about the transfer of U.S. stockpiles from Israel. Israel has been reluctant to provide aid to Ukraine over concern about its relationship with Russia. Russian military forces are operating in neighboring Syria, and Israel conducts missions there as well. The Pentagon has positioned stocks of materiel in strategic locations around the world.

This month, a senior military official characterized the artillery duel in eastern Ukrainian as savage. The latest U.S. package in military aid for Ukraine, worth $3 billion and announced earlier this month, included 18 self-propelled 155 mm Paladin howitzers, 36 105 mm howitzers towed by trucks and thousands of rounds of artillery shells.

Russian President Vladimir Putin told workers at a manufacturing plant in St. Petersburg on Wednesday that Russia builds as many missiles in a year as the rest of the world combined. He lauded “the work of the military-industrial complex.”

MORE:Netherlands will join US, Germany in providing Patriot help to Ukraine

►Rolling blackouts are underway in eight regions – among them Kharkiv, Donetsk and Zaporizhzhia – as Russian missile attacks cripple Ukraine’s electricity generation, which covers only about 75% of demand, according to power system operator Ukrenergo.

►Moldovan President Maia Sandu, speaking to reporters at the World Economic Forum in Davos, Switzerland, urged all nations to help Ukraine win the war – or “each of us will be in danger.” Moldova is on Ukraine’s southwestern border.

A helicopter crashed into a kindergarten in a Kyiv suburb Wednesday, killing more than  a dozen people, including three children and a top government official, Ukrainian authorities said.

Interior Minister Denys Monastyrskyi, who oversaw Ukraine’s police and emergency services, appears to be the most senior Ukrainian official killed since the start of the war. Two of his top deputies, their assistants and the helicopter crew were among the dead, President Volodymyr Zelenskyy said on Telegram.

Nine of those killed were aboard the chopper when it crashed in Brovary, an eastern suburb of the Ukrainian capital. Other victims were on the ground. Twenty-five people were injured, including 10 children, Zelenskyy said.

“Unspeakable pain,” he said. “Bright memory to everyone whose life was taken by this black morning.”

Zelenskyy said the national police and security services were working to determine the cause of the crash. There was no initial information indicating the helicopter, which was flying in foggy conditions, was shot down. Images posted on social media from near the scene appear to suggest it crashed close to a residential building after striking the kindergarten.

President Joe Biden issued a statement Wednesday saying, “We grieve with all those who are mourning this heartbreaking tragedy.” He added that Monastyrskyi and his aides “were deeply involved in the preservation of Ukraine’s democracy.”

At the World Economic Forum session in Davos, Switzerland, Ukraine first lady Olena Zelenska fought back tears, and forum President Borge Brende of Norway requested 15 seconds of silence after opening the session to honor the victims.

Putin says war began in 2014, not with invasion 11 months ago

Russia’s invasion of Ukraine 11 months ago did not start a war – it was intended to stop one that has raged for more than eight years, Russian President Vladimir Putin said Wednesday.

Putin, speaking to veterans in St. Petersburg, said he had no choice but to launch his “special military operation” because Ukrainian authorities refused to negotiate in good faith after Russia-backed separatists began fighting in Ukraine’s Donbas region. Putin has for years accused Ukraine of mistreating ethnic Russians in the region.

“Large-scale combat operations involving heavy weapons, artillery, tanks and aircraft haven’t stopped in Donbas since 2014,” Putin said. “All that we are doing today as part of the special military operation is an attempt to stop this war. This is the meaning of our operation – protecting people who live on those territories.”

Russia will achieve its objectives in Ukraine despite a “hybrid war” waged by the West against Moscow, Russian Foreign Minister Sergey Lavrov said Wednesday.

Lavrov accused the U.S. and other Western nations of making “all the decisions in Ukraine” in an effort to wear down and weaken Russia.

“There must be no military infrastructure in Ukraine that poses a direct threat to our country,” he said.