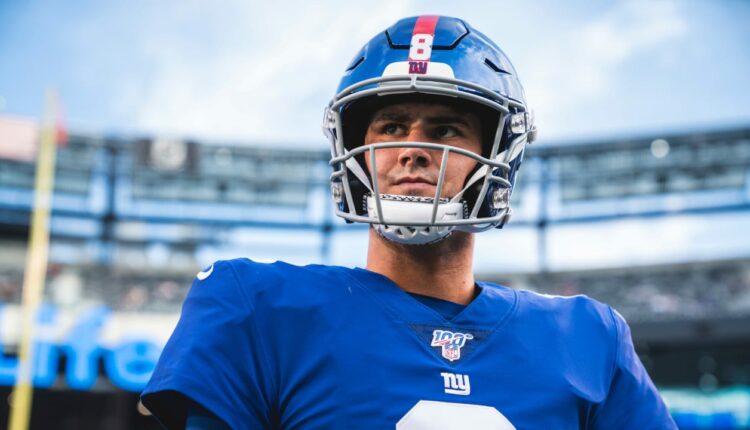 New York now has two teams (sort of) among the NFL’s final eight, and gamblers who believe in both now have an opportunity to wager that the New York Giants and Buffalo Bills will meet in the Super Bowl, however unlikely that may seem.

But hey, hitting the unlikely is the way many gamblers make their fortunes.

With the Giants defeating the Minnesota Vikings on the road, and the Bills blowing a 17-0 lead but hanging on to defeat the Miami Dolphins, there are a bunch of scenarios in play as we move into Week 2 of the NFL postseason.

Is a Giants-Bills Super Bowl likely? Hell, no. Is it a possibility? Hell, yes. And the price on that possibility is what makes it especially enticing, no matter how unlikely that seems here on Jan. 17, 2023.

Buffalo held off Miami 34-31 before the Giants took down the Minnesota Vikings on the road, 31-24. The Giants next travel to Philadelphia for a Saturday night game against the Eagles, while the Bills will face the Cincinnati Bengals at home at 3 p.m. on Sunday afternoon.

The Giants are 7 1/2 point underdogs against a team that defeated them twice. The Bills are 5-point favorites against the team they were facing on Monday Night Football a couple weeks back, before the Demar Hamlin incident happened. This time, the game is in Western New York instead of Southern Ohio.

Long stoppage in play in #Bills vs. #Bengals after this scary injury to Bills safety Demar Hamlin. pic.twitter.com/H5MGW1zLLP

What Are the Odds on that Happening?

New York’s nine licensed sportsbooks offer a variety of wagers, and BetMGM, Caesars and Points Bet have lines up on exact Super Bowl matchup. Bills-Giants is +3500 at BetMGM. At Caesars, Buffalo defeating New York is +6000, and New York beating Buffalo is +8000. And for this, we channel old Scott Norwood memories.

On this day in 1991, the Giants (+7) won Super Bowl XXV after Scott Norwood missed a 47-yard field goal in the final seconds! pic.twitter.com/4OKPUVD67T

And hey, it gets better for those who want to lock in on this possibility, not matter how farfetched it is. At PointsBet, on exact SuperBowl outcome. Bills defeating Giants is +5000, and Giants defeating Bills is +15000. Again, we advise you to shop around.

You can dismiss this with a wave of the hand. But let us remind you that the Baltimore Colts did the same thing in 1969 when they faced the Joe Namath and the New York Jets, and that one did not exactly work out the way the oddsmakers had predicted.

“I’ve got news for you. We’re gonna win the game. I guarantee it.”

But how many folks had the Phillies winning the World Series last fall after they finished 14 games behind the Atlanta Braves in the AL East?

The postseason is not the regular season, folks, and Tom Brady’s 4,694 regular-season passing yards didn’t mean all much last night against the Dallas Cowboys, eh?

Tom Brady is the biggest loser of 2022. Lost his wife cause he’s married to the game. Lost millions maybe billions in the FTX scheme. Gets his first loss to the Cowboys in probably his final game ever. 8-9 record. Worst season of career. Leave when your on top. #cowboys #DemBoyz

The fact of the matter is that Daniel Jones and Saquon Barkley were both extraordinary on the road victory Sunday over the Minnesota Vikings, and the Bills hung on after blowing a 17-0 lead and defeated the Miami Dolphins. The Giants will now travel to Philadelphia where they are a big underdog against the team that finished with the NFL’s best record, while the Bills get the Cincinnati in Buffalo with Damar Hamlin likely in the house.

By this time next week, we will be down to the NFL’ final four teams, and the odds we are seeing today will not be available then. So if your strategy is to strike while the iron is hot and play your gut, there is no time like the present. Road teams won two of six games during Wild Card weekend, and that would have been three if not for what the Jaguars did against the Chargers, coming back from a 27-0 deficit.

That Jacksonville game should prove to everyone that just about anything is possible in the NFL playoffs, so roll with this if you will.

The Giants played all of their backups the last time they played the Eagles in the regular-season finale, and the Eagles played their regulars in order to lock up the No. 1 seed. Should have been a blowout, but Philly won 22-16 and had to recover an onsides kick with 1:43 left to clinch it. So they finished 14-3, but they are 0-0 right now, while New York is 1-0. And coach Brian Daboll is back digging into his bag of tricks.

Will Jalen Hurts’ Playoff Inexperience Be a Factor?

Hard to say. Jones was in the same position on Sunday, and it did not matter much. Hurts threw for 229 yards, but was sacked once and threw an interception two weeks ago against the Giants’ third-stringers. He was better in the teams’ first meeting, with two TD passes in the first half out of no-huddle formations and a rushing TD early in the third. It was all in helping the Eagles take a 34-14 lead late in the first quarter.

Hurts is no Kirk Cousins, and the best bet of midweek is that the Giants will be reviewing film of how the Eagles’ no-huddle offense gave them fits. Daboll will have them prepped, that is for sure.

Also, did Tom Brady’s experience negate Dak Prescott’s five TD passes last night? No. Did Trevor Lawrence give up when his Jaguars were down 27-0 to the Los Angeles Chargers? No.

If you are a Giants fan, that is your best mental exercise over the course of the shortened work week. One team will win Saturday night and one team will lose, and the Giants are not the biggest underdog. That title goes to the Jags, who are getting 8 1/2 from Patrick Mahomes and the Chiefs. The Bengals and Rams were both No. 4 seeds when they met in the Super Bowl last season. The AFC’s No. 1 seeded Titans lost in a wild-card game a year ago, and the NFC’s No. 1 seeded Green Bay Packers went 0-1 in the postseason in 2022, losing 13-10 to San Francisco.

Unlikely things happen, and every New York Giants fan needs to remember that fact between now and Saturday. If you like them to pull a 2011 and win it all, the best Super Bowl championship odds at New York’s nine licensed sportsbooks are at WynnBet and Caesars: +3000. The worst is at BetRivers: +2000.

Which tokens could FTX dump on the market?