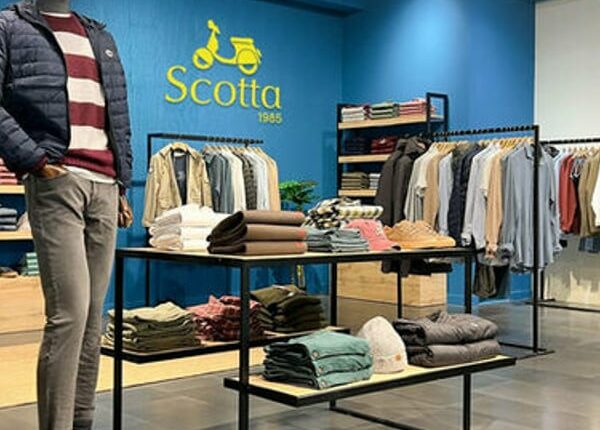 As a result, the Spanish brand increased its turnover by 4 million euros compared to 2021, as highlighted in a statement issued on Monday, in which the company indicated that the increase in turnover was reflected in all its sales channels, both online and offline.

Scotta 1985 also expanded its retail network in 2022 by opening nine new points-of-sale: its own shop in A Coruña; three franchise stores in Motril, Alicante and Majadahonda; and five corners in El Corte Inglés in Alicante, Jaén, Santander, Seville and A Coruña.

The company will continue to expand internationally in 2023 and will enter two key markets: Mexico and Italy. The brand will land in Italy in February, as it has detailed, and will land in Mexico during the first half of the year.

Scotta 1985 already operates in Puerto Rico and, for a while, had a shop in the Colombo shopping centre in Lisbon.

The brand was founded in 2014 and currently has around 80 points-of-sale in the multi-brand channel. Scotta 1985 forms part of the wave of Spanish menswear brands that have emerged over the last decade, including Scalpers, Silbon, Harper & Neyer and El Pulpo.

Enphase Energy Reports Financial Results for the Fourth Quarter of … –…