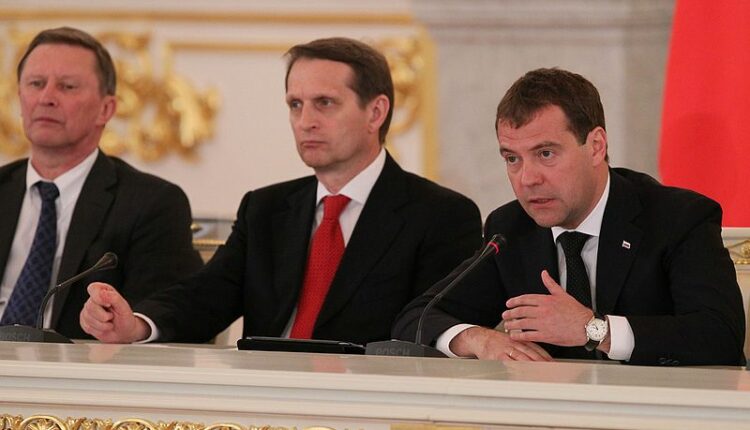 
Sergei Naryshkin, the Director of the Foreign Intelligence Service (SVR) of the Russian Federation, has said after he met with his CIA counterpart that Ukraine was told to fight and that peace was not possible.

According to the Russian state news agency TASS on Tuesday, January 17, Naryshkin said that he is also in contact with his counterparts in the UK and the EU.

He continued saying that the meeting with the CIA late last year was substantive and that both sides had been able to put forward their case. Naryshkin added that a new meeting was possible with the November meeting had given them the opportunity “to clarify our positions.”

But he also claimed that the United States and Great Britain told Ukraine: “No, no peace talks, no peace, we have already paid you several tens of billions, invested in you, we will continue to invest money and weapons in you, and your task is simple – go to war.”

On the topic of Crimea he said its return was “impossible” and not up for discussion.

Referring to the relationship with China he said “We have a fairly confident common position on the development of interstate relations in general and in relation to major global events taking place in the world.”

Although Russia´s foreign intelligence agency and the CIA are talking and meeting, it is clear from Naryshkin´s statements that trust is still at a low level and that the propaganda is in full swing.

Thank you for taking the time to read this article, do remember to come back and check The Euro Weekly News website for all your up-to-date local and international news stories and remember, you can also follow us on Facebook and Instagram.