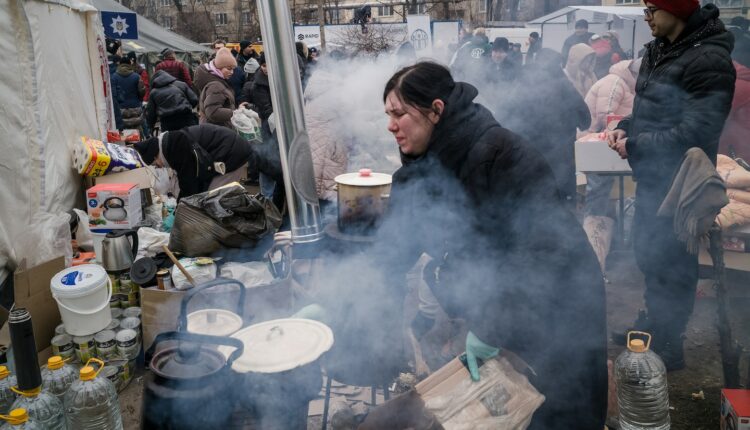 Ukraine’s calls for more military aid — including advanced Western air defense systems and tanks — are likely to dominate the agenda as top U.S. officials and allies meet in Europe this week.

NATO defense chiefs are gathering in Brussels on Wednesday. U.S. Defense Secretary Lloyd Austin will join members of the Ukraine Contact Group, a body of about 50 nations that meets to discuss Kyiv’s needs, on Thursday. Some allies are pushing for more sophisticated weapons to be provided to help the Ukrainian military fight back against Russian forces in the south and east and prepare for a possible spring offensive by Moscow.

Here’s the latest on the war and its ripple effects across the globe.

“This is not a run-of-the-mill rotation,” Gen. Mark A. Milley, chairman of the Joint Chiefs of Staff, said of the curriculum. “This is one of those moments in time where if you want to make a difference, this is it.”

Kyiv sent a battalion of more than 600 soldiers to spend up to six weeks learning how to layer tanks, artillery and other weapons to maximize their effects ahead of an expected counteroffensive against Russian forces, writes Dan Lamothe.