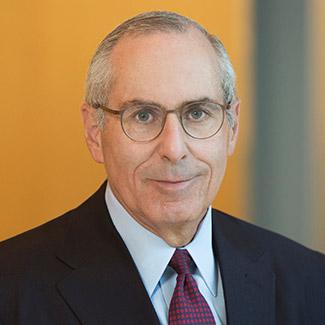 I am a firm believer that we owe every child in America access to quality healthcare, which is at the root of CHF’s mission.”

Layton replaces Hervé Sedky, who remains on the board as chair emeritus. Sedky served as board chair for six years.

“Hervé has been a guiding force for CHF during my 15 months as CEO, and for many years before that; we are grateful for his steadfast leadership,” said Arturo Brito, CHF president and CEO. “We’re also fortunate that Don is well-positioned to assume the chair role from his years of service on the board and as finance committee chair. I look forward to working with him and the rest of our board as we continue our vital work of providing children growing up in under-resourced communities throughout the United States with the comprehensive healthcare they need to thrive and succeed.”

Layton joined the CHF board in 2019, the same year he retired from Freddie Mac after serving as its CEO for seven years. He has more than four decades in the financial services sector. He worked for nearly 30 years at JPMorgan Chase and its predecessors, starting as a trainee and rising to vice chairman and member of the three-person Office of the Chairman. Layton was chair, and then CEO, of E*TRADE Financial from 2007 through 2009. He was a senior advisor to the Securities Industry and Financial Markets Association from 2006 to 2008.

Layton also serves as chair emeritus of the board of the Partnership for the Homeless, a nonprofit dedicated to reducing homelessness in New York City, after having been its chair for nearly a decade. In addition, Layton is the audit committee chair on the board of directors for Enterprise Community Partners, the nation’s leading affordable rental housing non-profit. He also sits on the board of Improving Economies for Stronger Communities, a nonprofit organization that fosters private sector growth in the economically developing world. Layton received simultaneous Bachelor and Master of Science degrees in economics from the Massachusetts Institute of Technology and a Master of Business Administration from Harvard Business School, where he was a Baker Scholar.

“I am a firm believer that we owe every child in America access to quality healthcare, which is at the root of CHF’s mission,” said Layton. “We’ve made great progress toward expanding the number of children receiving care, and I know we can reach even more in the years to come.”

Trudeau is the creator of the comic strip Doonesbury, which has appeared in hundreds of newspapers around the world for over 50 years. He has also created several television shows, including NBC’s A Doonesbury Special, HBO’s Tanner ’88 and Amazon’s Alpha House, as well as a Broadway musical based on the strip. Over the years, he has been a writer and essayist for Harper’s, Rolling Stone, The New Republic, The New Yorker, New York, The Washington Post, The New York Times, and Time Magazine.

Trudeau is married to Jane Pauley, anchor of the award-winning CBS Sunday Morning, who has been a CHF board member since 2008 and a long-time member of CHF’s advisory board, which she currently chairs.

“I’m so looking forward to supporting the work of CHF, whose iconic mobile clinics have been rolling into underserved neighborhoods to help kids for 35 years. It’s an absolute honor to join the team,” said Trudeau.

“We are grateful that Garry has agreed to join our board,” said Brito. “We’re already benefiting from his service through the recent launch of our new giving program, Jane Pauley & Garry Trudeau’s Champions for Children.”

Children’s Health Fund is the nation’s foremost nonprofit dedicated to providing access to comprehensive healthcare for children growing up in under-resourced communities throughout the United States. Medical, mental, dental, and health-related social services are provided through 25 partners in 15 states, Washington, D.C., and Puerto Rico. Over the last 35 years, CHF has mobilized and deployed more than $230 million to its national network, providing more than 6 million health visits, including over 400,000 in 2021. CHF was founded in 1987 by singer/songwriter Paul Simon, pediatrician/child advocate Dr. Irwin Redlener, and program designer Karen Redlener.


EIN Presswire’s priority is source transparency. We do not allow opaque clients, and our editors try to be careful about weeding out false and misleading content.
As a user, if you see something we have missed, please do bring it to our attention. Your help is welcome. EIN Presswire, Everyone’s Internet News Presswire™,
tries to define some of the boundaries that are reasonable in today’s world. Please see our
Editorial Guidelines
for more information.

Adorable Voles, Life as We Don’t Know It and Better Cement