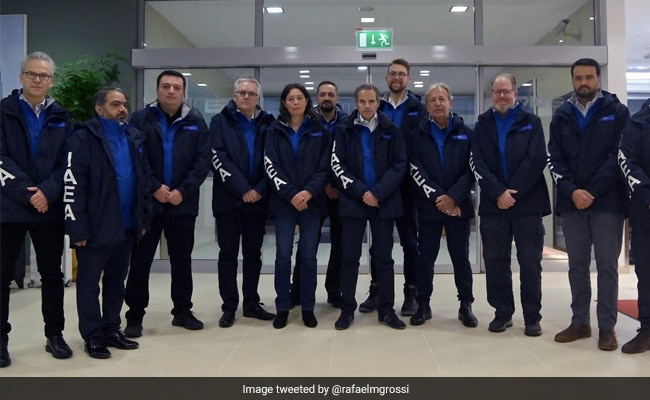 Nuclear Watchdog To Increase Its Presence In Ukraine To Prevent “Accident” The IAEA chief will also meet with officials in Kyiv during his visit to Ukraine.

Amid the ongoing Russia-Ukraine conflict, the International Atomic Energy Agency (IAEA) Director General Rafael Grossi on Monday said that the agency is expanding its presence in Ukraine to provide all possible nuclear safety and security.

Taking to Twitter, the IAEA Chief wrote, “.@IAEAorg is expanding its presence in Ukraine to help prevent a nuclear accident during the ongoing conflict. I’m proud to lead this mission to, where we’re deploying in all of the country’s NPPs to provide assistance in nuclear safety and security.”

The IAEA on Saturday said that Director General would travel to South Ukraine and Rivne Nuclear Power Plants (NPPs) and the Chernobyl site to launch the missions consisting of two IAEA experts at each of the facilities.

“Director General Rafael Mariano Grossi will be in Ukraine next week to establish a continuous presence of nuclear safety and security experts at all the country’s nuclear power facilities, significantly stepping up the efforts of the International Atomic Energy Agency (IAEA) to help prevent a nuclear accident during the current military conflict,” the UN agency said in a statement.

According to an official statement of IAEA, a new team of three IAEA experts will replace the previous team that had been there for several weeks.

“It is the fifth IAEA team at the site since the IAEA Support and Assistance Mission to Zaporizhzhya (ISAMZ) was established on 1 September last year,” the agency noted.

The IAEA chief will also meet with officials in Kyiv during his visit to Ukraine to discuss the creation of a safety zone around the Zaporizhzhia NPP, according to the agency.

“I remain determined to make the much-needed protection zone a reality as soon as possible. My consultations with Ukraine and Russia are making progress, albeit not as fast as they should. I remain hopeful that we will be able to agree and implement the zone soon,” Grossi said.

Located on the left bank of the Dnipro River, the ZNPP is Europe’s largest nuclear power plant by the number of units and output. After the start of the Ukraine conflict in February last year, the station and surrounding area went under the control of the Russian forces and have since been shelled multiple times. Russia and Ukraine blame each other for the attacks.

(Except for the headline, this story has not been edited by NDTV staff and is published from a syndicated feed.)

Featured Video Of The Day