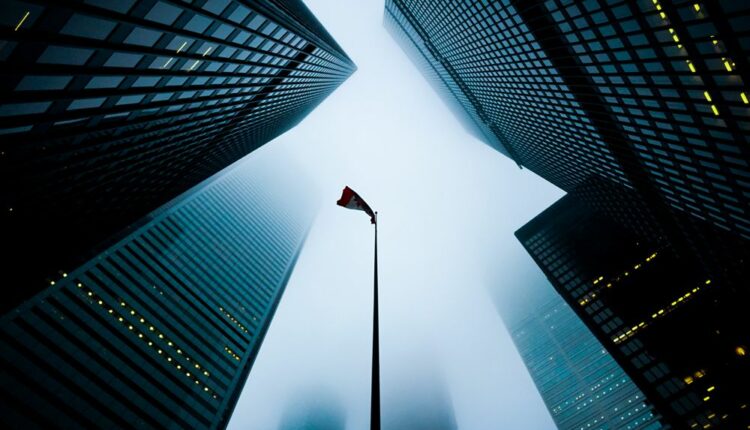 Bay Street looking for a rebound after ‘year of blandness’


Ask Canada’s top dealmakers what transpired in 2022 and you’ll hear talk of an economic “healing process” and the need for hand-holding to get their teams through. Yes, it was that kind of year, relatively speaking.

The momentum from a blockbuster 2021 dissipated right out of the gate, as rising interest rates and Russia’s invasion of Ukraine threw global markets into turmoil.

Nitin Babbar, global co-head of equity capital markets at RBC Capital Markets, said that early on it became clear that central banks around the world were not taking their usual tactful approach and would pursue an aggressive rate-hike path, putting a chill on dealmaking.

“The combination of inflation and rising rates to address inflation, the geopolitical uncertainties, and a market that for 10 years has seen nothing but free money meant that equities went down,” Babbar said.

And when equities are falling and the cost of debt is going up, it’s an uphill climb for dealmaking — especially after such a busy 2021.

Indeed, activity fell across the board in 2022, according to figures collected by Financial Post Data, with double-digit percentage declines in deal volumes for all major categories tracked. Altogether, the total number of transactions completed fell 35 per cent to 937, the lowest since 2015.

The decline in total deal value, meanwhile, was not as steep: It slipped only eight per cent overall to $475.7 billion, thanks in part to some unexpected activity from the financial sector.

RBC Capital Markets lead the pack in total dealmaking as the top full-credit bookrunner, with 11.6 per cent of the market share valued at $55.3 billion. TD Securities Inc. (9.85 per cent), National Bank Financial (9.17 per cent), BMO Capital Markets (9.12 per cent) and CIBC World Markets Inc. (8.18 per cent) followed closely behind.

Equity issuance in particular struggled. The total deal count slumped about 50 per cent to 432 transactions and the value of those deals tumbled roughly 65 per cent to $20.54 billion.

The Bank of Montreal came out ahead in the full-credit ownership equity and full credit all equity segments, but this was largely driven by two common share equity financings for the bank itself, which pushed BMO’s deal volume to $6.33 billion in the ownership equity segment. Excluding these two deals, BMO would have dropped to the number four ranking in the all-equity segment.

The initial public offerings market also took a beating. Only 48 deals crossed the finish line, a drop of 34 per cent, but most were small, leading deal value to plunge 87 per cent to $1.18 billion.

BMO Capital Markets’ managing director Peter Miller described the 2022 year in dealmaking as a “year of blandness.” Miller said it will take time for rates to work their way through the markets and stomp out inflation, something the new generation of young analysts may not be used to.

“I think many of the young people think it’s like turning a dial,” he said.

Miller compared the downturn to the early 2000’s dot-com and telecom bubble when rising rates took the steam out of the tech-heavy Nasdaq Composite index. Miller described it as a gradual process as monetary policy worked its way through the markets.

“That took a while to work its way through,” Miller said. “It wasn’t months, it was well over a year. And so, for many of my colleagues here who are young, they didn’t experience that. So, to them, it’s a very new experience. And as a leader of a group, it’s me holding hands and telling people that this too, will pass.”

On the positive side, Miller pointed to the mining sector as a space that was starting to see activity because of the need for capital as commodity prices have risen.

Government deal volumes fell by 17 per cent, clocking in at 232 by the year’s end with a total value of $165.3 billion. These figures were largely consistent with the mid-year dealmaking pulse that first measured the turn in the macro environment. National Bank Financial was the lead bank in this segment, taking on $36.1 billion in deals, or 21.83 per cent of the market.

One of the few bright spots this year was the corporate debt category, where deal count was mostly flat at 273 transactions but total value ticked up 5.6 per cent to $289.9 billion. The total amount of debt raised by financial companies in particular jumped 38 per cent to more than $230 billion, accounting for nearly 80 per cent of corporate debt issuance and almost half of total deal issuance for the year.

This was largely fuelled by Canadian banks, which rushed to raise funds internationally in the first half of the year.

Patrick MacDonald, co-head of Canadian debt capital markets for RBC Capital Markets, said while 2022 was not the first time the banks have tapped international markets, this year saw a heightened need for liquidity due to a handful of mega-mergers. The banks’ desire to diversify their sources of funding was also important.

“Certainly, first and foremost, (the banks) will look at all markets in an attempt to determine where the cheapest source of liquidity is,” MacDonald said. “They also, as you approach any year, appreciate the need to diversify their funding sources.… The need for increased liquidity has been evident over the last year.”

MacDonald expects to see the appetite for liquidity to be a theme in 2023, when the big question facing the country’s dealmakers will be whether overall demand rebounds or if they need to brace for a longer downturn.

“The economic outlook is not great, so our issuers are not strapping on new risky projects,” Miller said. “We’re kind of in this no-man’s land, and most of the companies that did need to shore up their capital did it in 2021 when the markets were rip-roaring and share prices were strong.”

That said, Miller noted that earnings forecasts are not as dire as they could be, suggesting markets are baking in softness in the economy. As a result, his team in not expecting a full-blown recession.

Sante Corona, head of equity capital markets at TD Securities Inc. said investors will be watching for stock market performance, which should guide the pace of dealmaking.

“I expect the start of 2023 to feel a lot like 2022 with lower levels of new issue activity and offerings driven by specific company needs,” Corona said. “Looking forward, new issue activity will be driven by stock market performance which will look to where inflation, interest rates and earnings growth come in.”

Michelle Khalili, the head of equity capital markets at Scotiabank in Toronto, was more optimistic about the year ahead.

“Looking forward to 2023 we will have challenges, but I also believe we should have a more constructive market, particularly in the latter half,” Khalili said, adding that she expects to see a more normalized pace of dealmaking once investors get more clarity.

“Investors are looking for indications of peak inflation, they’re looking for clarity on interest rates; and that can provide a sense of market stability and give them more confidence to put more capital to work,” Khalili said.

RBC’s Babbar also suggested the worst may be over.

“I think we’re in the healing process here,” he said. “I think we will see peak rates in the next quarter … perhaps a little bit longer.”

Babbar said he expects to see interest rates stabilize, which will be a boon for the equity markets.

“What I’d say is we don’t have to start to see rates going down before equity markets start to look to put risk on and to engage in (equity capital markets) activity,” Babbar said. “I think we just have to see the trend.”