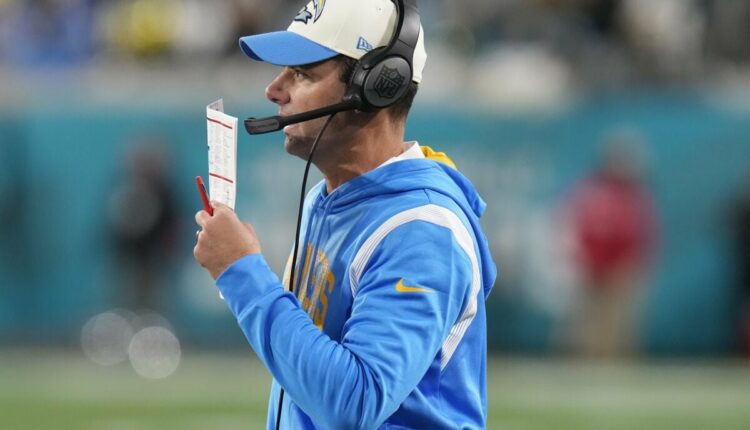 The Los Angeles Chargers blew a 27-0 lead against the Jacksonville Jaguars in the AFC Wild Card and lost 31-30. The embarrassing loss lead to rampant rumors in the City of Angels that the Chargers will fire head coach Brandon Staley, and then hire Sean Payton.

Despite a huge first-half cushion and a 5-0 edge in turnovers, the Chargers suffered a humiliating loss as -2.5 favorites. The Chargers were up 30-28 late in the fourth quarter before Jaguar’s kicker Riley Patterson connected on a game-winning, 36-yard field goal. Even if Riley missed and the Jaguars lost, the Chargers would not have covered the point spread.

We just didn’t play a good enough second half,” said Staley. “Certainly when you have that type of lead, if you can possess the ball effectively enough, then there won’t be enough time. We just didn’t do that.”

Staley was on thin ice before a disastrous meltdown in the AFC Wild Card, but the embarrassing loss might’ve swayed team owner Dean Spanos and general manager Tom Telesco.

Staley is scheduled to meet with Spanos and Telesco sometime this week to discuss next season, but the L.A. Times speculated their next meeting could become an exit interview.

Staley came under fire earlier this season when he allowed quarterback Justin Herbert to play with a ribs injury. Herbert is the franchise’s future, and many other head coaches would’ve sat Herbert for a couple of games instead of jeopardizing his future with further injury.

The talking heads in the media and fans on social media had a field day with Staley last week. In Week 18, the Chargers played a meaningless game against the Denver Broncos. They had already secured a postseason berth as an AFC Wild Card team and their seeding would not be affected with a win or a loss.

Staley sent out his first unit for the majority of the game instead of resting his starters. Although Herbert avoided any injuries, three starters exited the final game of the season including wide receiver Mike Williams, edge rusher Joey Bosa, and linebacker Kenneth Murray Jr.

Williams sustained a fractured back against the Broncos, and was ruled out of the AFC Wild Card against the Jaguars. Even if the Chargers beat the Jaguars, Williams was projected to miss several weeks until his back healed.

Staley did not back down on his questionable decision to risk injuries to starters and not provide them with rest before the playoffs began. That’s when the first whispers of his dismal began to swirl around Tinsel Town.

Staley led the Chargers to a 10-7 record and the #5 seed in the AFC playoffs. In two years with the Chargers, Staley posted a 19-15 record. Although it’s unusual for teams to fire a head coach after consecutive winning seasons, it has happened in the past.

Payton won a Super Bowl with the 2009 New Orleans Saints. He retired from the team last January after 15 seasons as their head coach.

Payton spent this season as an analyst for Fox Sports, but he’s itching to return to coaching. He’s the most-coveted available head coach on the market. The Carolina Panthers, Denver Broncos, Arizona Cardinals, and Indianapolis Colts are all interested in hiring Payton.

Payton wants to join a team with an established veteran quarterback, which means the Broncos and Cardinals are favorites to hire him next season.

Howie Long, former Oakland Raiders star and television analyst, worked with Payton at Fox Sports. During a segment on his son’s podcast, Greenlight with Chris Long, Long hinted that Payton might pass on any job offers this offseason until a better employment opportunity presents itself. Payton is eying potential future head coaching vacancy with the Chargers or Dallas Cowboys.

Payton would love to coach a talented quarterback like Herbert. He would remain as a TV analyst until there was a job opening with the Chargers. However, after the Chargers were knocked out of the playoffs due to a humiliating and embarrassing loss, they could move on from Staley sooner than anyone thinks. If that’s the case, Payton will become the front runner to become the next head coach of the Chargers.