Trupanion, Inc. (NASDAQ:TRUP – Get Rating) COO Tricia Plouf sold 350 shares of the business’s stock in a transaction that occurred on Wednesday, January 11th. The shares were sold at an average price of $52.57, for a total transaction of $18,399.50. Following the completion of the transaction, the chief operating officer now directly owns 42,073 shares of the company’s stock, valued at approximately $2,211,777.61. The transaction was disclosed in a legal filing with the Securities & Exchange Commission, which is available through this hyperlink.

Trupanion (NASDAQ:TRUP – Get Rating) last released its quarterly earnings data on Thursday, November 3rd. The financial services provider reported ($0.32) earnings per share (EPS) for the quarter, missing the consensus estimate of ($0.29) by ($0.03). Trupanion had a negative return on equity of 13.12% and a negative net margin of 4.97%. The business had revenue of $233.76 million for the quarter, compared to analysts’ expectations of $231.21 million. As a group, analysts expect that Trupanion, Inc. will post -1.17 EPS for the current fiscal year.

Institutional Investors Weigh In On Trupanion

Trupanion, Inc, together with its subsidiaries, provides medical insurance for cats and dogs on a monthly subscription basis in the United States, Canada, Puerto Rico, and Australia. The company operates in two segments, Subscription Business and Other Business. It serves pet owners and veterinarians. 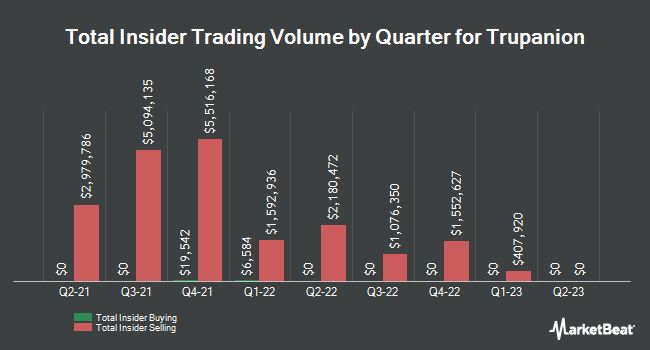 Before you consider Trupanion, you’ll want to hear this.

MarketBeat keeps track of Wall Street’s top-rated and best performing research analysts and the stocks they recommend to their clients on a daily basis. MarketBeat has identified the five stocks that top analysts are quietly whispering to their clients to buy now before the broader market catches on… and Trupanion wasn’t on the list.

While Trupanion currently has a “Moderate Buy” rating among analysts, top-rated analysts believe these five stocks are better buys.

How to connect the Avalanche network to MetaMask?