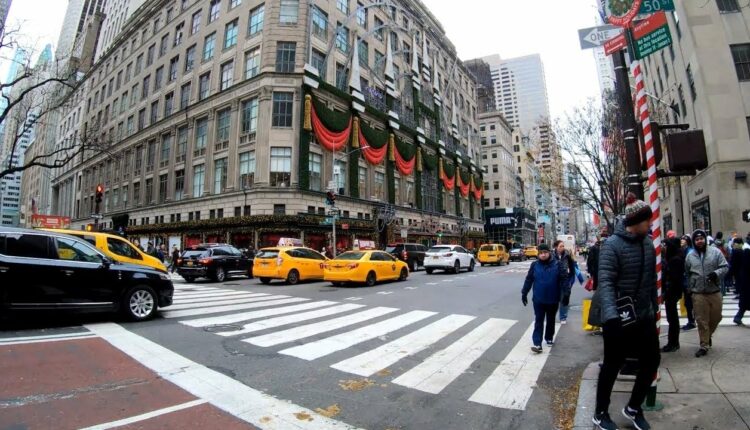 The competition for a New York City casino license has a new, famous entrant. Saks Fifth Avenue as unveiled plans for a gaming venue at its marquee store on Fifth Avenue.

As reported by The New York Post, Saks parent company Hudson’s Bay Co. is hoping to turn the ninth through eleventh floors of the Manhattan department store into a gaming venue inspired by the James Bond movie “Casino Royale” starring Daniel Craig.

According to Cushman and Wakfield’s 2018 ‘Main Streets Across the World’ report, the top retail street in the Americas and the second-ranked street globally is Upper Fifth Avenue in New York City, which is home to Saks Fifth Avenue’s flagship store,” noted Toronto-based Hudson’s Bay. “The flagship has been occupying the same block of Fifth Avenue since 1924 and is located between 49th and 50th Street.”

Interestingly, the flagship Saks store is located next to St. Patrick’s Cathedral, making it something of an ironic spot for a casino.

Saks Has Casino Plans, But Partner Not Revealed

In an interview with the Post, Hudson’s Bay CEO and Executive Chairman Richard Baker said the company is aiming for a glitzy, high-end casino at the Fifth Avenue location, noting that Monte Carlo has “fancy casinos. So why not in Manhattan?”

He goes on to say Manhattan doesn’t need “another slobby casino,” and that such a venue in the city should be “spectacular.” Those desires, along with the point that Hudson’s Bay’s core competency isn’t gaming operation make partner selection integral. But potential partners weren’t revealed.

If the aim is for a glamorous casino, the retailer’s options could be slim. Las Vegas Sands, which previously ran two of the more Las Vegas Strip integrated resorts, is eyeing Nassau County for a casino-hotel. Wynn Resorts, which is the proprietor of two of the highest-rated luxury gaming properties on the Strip, is partnering with Related Cos. on a proposal for another Manhattan location.

Caesars, which has its fair share of upper echelon casino-resorts, is working with real estate developer SL Green to bring a gaming property to Times Square. MGM Resorts International could also be out of the equation for Hudson’s Bay as a potential partner. That’s because its Empire City in Yonkers is widely expected to receive one of the three downstate casino permits. It’s not clear if New York regulators will accept two of those licenses being controlled by a single operator.

It’s also believed that New York Mets owner Steve Cohen has a preference for Hard Rock International in his plans to bring a casino-hotel to Queens.

Baker told the Post the idea of a Fifth Avenue casino has support among some important constituencies, including a powerful hotel union and Broadway theater owners.

In the case of the latter, that’s not surprising because the Shubert Organization, which is the largest theater owner on Broadway, said it’s in favor of a Manhattan gaming venue as long as it’s not in Times Square.

Companies selected for the trio of downstate permits will be required to commit at least $500 million to project expenditures, while paying the same amount to the state in fees and related costs.

Official: EU to Evaluate Ukraine’s EU Accession Progress in Spring and Fall of 2023. … – Latest Tweet by The Kyiv Independent