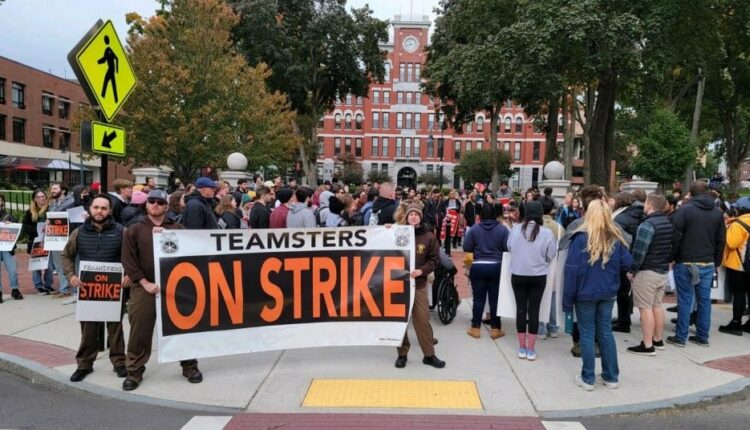 (WASHINGTON) – The following is a statement from Teamsters General President Sean M. O’Brien on Glacier Northwest, Inc. v. International Brotherhood of Teamsters Local Union No. 174 being heard today by the U.S. Supreme Court:

“Workers in America have the fundamental right to strike, and American workers have died on picket lines to protect it. The ability to withhold your labor is the one powerful tool throughout the history of unionization that has ensured workers can improve their working conditions.

“This right is now on trial at the Supreme Court. The anti-worker case before the Court is undemocratic and disregards long-standing legal precedent. It is about corporations using the legal system to try to deny workers their inherent power. Regardless of the outcome, Corporate America will fail in such pursuits because American workers will never be broken.

“For both the American worker and our entire country, the Supreme Court must affirm the lower court’s ruling that the legality of the strike falls exclusively within the jurisdiction of the National Labor Relations Board.

“The right of workers to strike must be preserved and protected.”

Founded in 1903, the International Brotherhood of Teamsters represents 1.2 million hardworking people in the U.S., Canada, and Puerto Rico. Visit Teamster.org to learn more. Follow us on Twitter @Teamsters and “like” us on Facebook at Facebook.com/teamsters.

Over 300,000 Generators Delivered to Ukraine in December. The Generators Were … – Latest Tweet by The Kyiv Independent