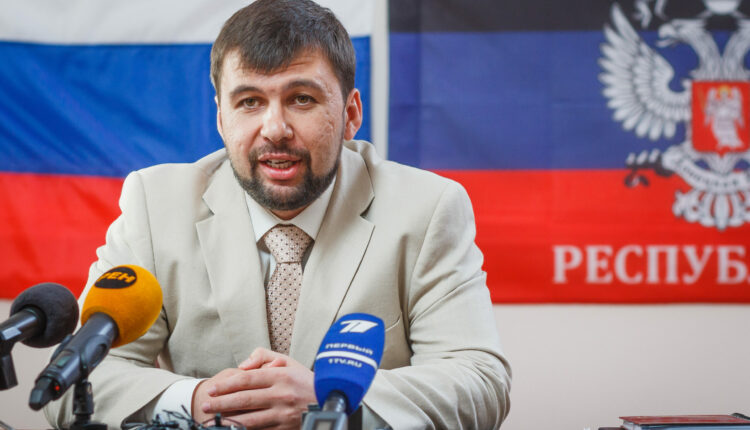 ACCORDING to the head of the Donetsk People’s Republic (DPR), Denis Pushilin, Russian troops are close to capturing Ukraine’s Maryinka.

Acting head of the DPR Denis Pushilin said on Wednesday, January 11, that Maryinka was practically under Russian control but Ukraine’s troops continue to fight back.

Speaking on the Solovyov Live TV channel, Pushilin said: “We see how difficult it is in Maryinka.

“The settlement is practically under our control, but the enemy on the outskirts managed to gain a foothold in the residential sector, this affects the timing of the liberation of the settlement.”

Maryinka or Marinka is a city located in Pokrovsk Raion, Donetsk Oblast, Ukraine.

The news comes after Yevgeny Prigozhin, boss of the Wagner PMC mercenary organisation, claimed that his fighters had taken control of the Ukrainian city of Soledar in the Donetsk region.

The private military chief noted that following an intense battle in the region in recent days, the city was now completely in his hands.

Reacting to reports that Russia’s Wagner Group had claimed the Ukrainian city of Solder, the DPR head said: “The liberation of Soledar greatly increases the possibilities for the liberation of Artemovsk and Seversk.

“This leads, firstly, to another collapse of the symbols [of invincibility] that were inflated by Ukrainian propaganda. moment to the liberation of the entire Donetsk People’s Republic.”

Thank you for taking the time to read this article, do remember to come back and check The Euro Weekly News website for all your up-to-date local and international news stories and remember, you can also follow us on Facebook and Instagram.

Ugly Tourists in Lithuania – How to Upset Lithuanians