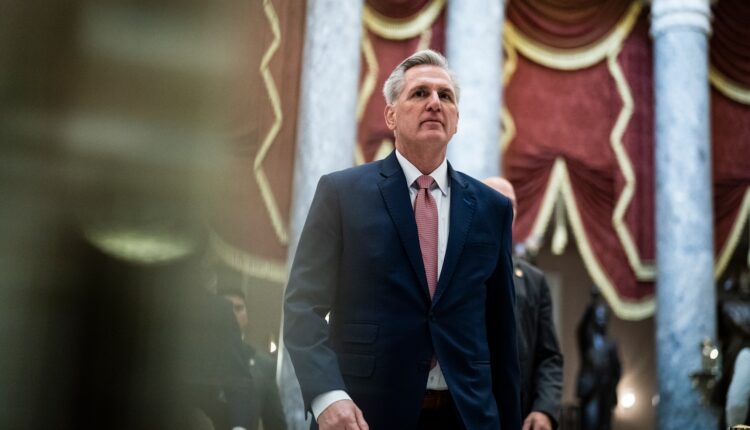 
The Republican-led House on Tuesday voted to create a panel to probe Biden administration investigations, including “ongoing criminal investigations” at the Justice Department such as those involving former president Donald Trump. The panel, which House Speaker Kevin McCarthy (R-Calif.) agreed to create in response to demands by hard-line conservatives, is being referred to as the “Select Subcommittee on the Weaponization of the Federal Government.” During floor debate, Democrats argued that Republicans were trying to undermine the rule of law. Rep. Daniel S. Goldman (D-N.Y.) said a better name for the panel would be “the Republican Committee to Obstruct Justice.”