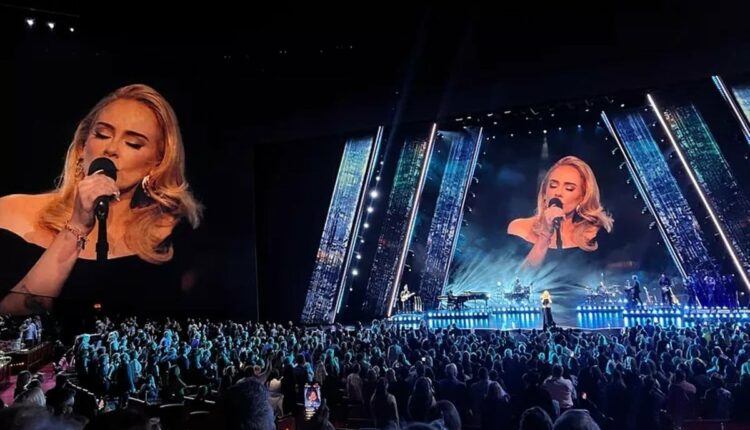 The Sun recently reported that superstar singer Adele was secretly employing “seat-fillers” to mask empty seats at her Caesars Palace residency. Quoting unnamed “insiders at the Colosseum” with the scoop, the British tabloid asserted that some performances aren’t drawing a full audience, and seat-fillers are necessary because “the early demand to see her sing has waned – and that is reflected in the price of tickets.”

This argument is weak for a couple of reasons, which is why Casino.org chose not to pick up the initial report. Firstly, resale tickets are tickets that have already sold. Their prices have zero correlation to venue vacancies. Secondly, after every single “Weekends with Adele” ticket sold out last summer, front-row seats were being offered on Stubhub for $41,280 each. Now, many can be found for around $4,000.

Does $4,000 a seat really indicate a waning of interest in Adele, or just a number of greedy individuals coming to grips with the reality of market forces?

As it turns out, The Sun was partially correct about the seat-fillers. They are used, according to a repudiation of the Sun story by John Katsilometes, entertainment columnist for the Las Vegas Review-Journal. But they’re not used to cover up for shamefully unsold Adele seats.

According to Katz, Caesars Palace will call on employees – and those who work for partner companies – to occupy seats when it appears that ticket-holders can’t make the show.

No-shows have become increasingly commonplace in Las Vegas since COVID-19, but especially after thousands of Southwest flights into Las Vegas were canceled over the holidays because of the failure of the airline’s obsolete booking system.

As further evidence of its theory of waning Adele demand, The Sun also cited the fact that it’s possible “for some fans to nab a last-minute ticket for just a hundred dollars or so.”

Yes, that’s also true. But again, it’s not because of waning demand. Non-Caesars Palace employees were always able to purchase same-day tickets in person at the venue box office. Typically, a few tickets become available for every show that have either been canceled or returned to the box office.

Relying on this method is far from a guarantee. But hey, you’re in Las Vegas, right?

Adele continues to perform at Caesars Palace on weekends though March 25. All tickets are sold out. (But did we really need to tell you that?)