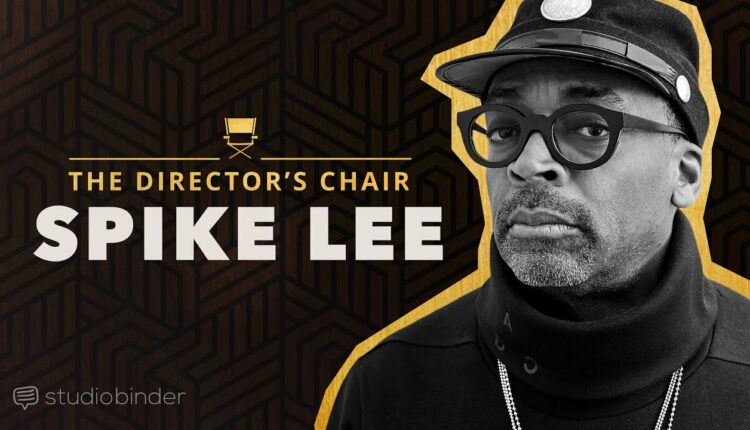 How Spike Lee Directs a Film | The Director's Chair

Director and writer Spike Lee explains his approach to filmmaking, how to fight for your vision, put the work in, and never stop learning.

Spike Lee is one of the preeminent auteurs in American cinema. He built a reputation on a foundation of fierce independence and an unmistakable artistic voice. In this video, we collected Spike Lee interviews from throughout his career. From his film school days, including winning a student Academy Award, to winning another Oscar for writing BlacKkKlansman 3 decades later.

WHO IS SPIKE LEE

Spike Lee was born on March 20, 1957 in Atlanta but spent his formative years in Brooklyn. In fact, there are few filmmakers as closely identified with their hometown as Lee is with that NY borough. After attending film school at NYU, he began his career with confrontational and poignant films while helping to usher in the independent film movement of the late ‘80s and early ‘90s.

In 1989, Spike Lee wrote and directed a landmark film called Do the Right Thing. It deals with racial tensions that boil to the surface and eventually erupt on the hottest day of the summer. The film is the exemplar for Lee’s ability to challenge his audiences with uncomfortable topics and no easy answers. As he explains, “For drama, you gotta have two people butt heads. And it elevates the drama when they’re both right.”

For his epic ode to Malcolm X, the studio wanted Lee to cut it down from 3 hours to 2. But Spike refused and explained that to truly honor the evolution of Malcolm’s life, the story needs to unfold organically. And when the budget ran low, Lee had to cold-call everyone he knew to help get the film finished. It is obstacles like these that have molded Lee’s work ethic: you gotta fight for your film.

Spike Lee doesn’t get the recognition he deserves. For over 4 decades, he has worked in various genres and mediums, like documentaries and commercials, and carved out a singular voice. If you’re a filmmaker looking for a guiding light through the insane world of filmmaking, Spike Lee is the one you need.

Looking for a production management solution for your film? Try StudioBinder for FREE today: https://studiobinder.com/pricing

Blue Rhino is Official Sponsor of The Steak Cookoff

Post-Approval Submission of Promotional Materials to the OPDP – REdI 2020

Use this TOOL on VACATION to Catch More FISH! Surf Fishing Perdido Key.