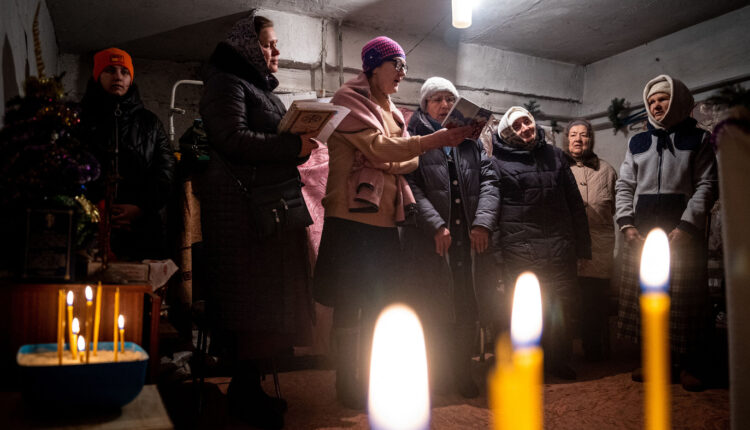 Here’s a look ahead and a roundup of key developments from the past week.

Human Rights Watch will issue its annual human rights report Friday, including a chapter on Russia’s invasion of Ukraine.

Also on Friday, the United Nations Security Council is scheduled to discuss the conflict in Ukraine.

Russian President Vladimir Putin declared a 36-hour cease-fire for Jan. 6 and 7, when many Orthodox Christians celebrate Christmas, but the weekend saw no break in violence across Ukraine. The Ukrainian military announced that Russia fired nine rockets and conducted three airstrikes on Saturday, and claimed that Russia carried out 40 shelling attacks across Ukraine, killing and wounding civilians.

The U.S. announced more than $3.75 billion in new military assistance to Ukraine “and countries impacted by Russia’s war in Ukraine.”

Russia said 89 of its soldiers were killed in a Ukrainian attack on New Year’s Day — and blamed them for using cellphones which gave away their location. Russia’s Defense Ministry later claimed its rockets struck a Ukrainian military barracks in retaliation, killing 600 people. Ukraine disputed that attack took place — and Western news organizations found no visible evidence of casualties.

Russia stepped up drone strikes at the start of the new year.

He lost his legs fighting for Ukraine. But this story is about love through adversity.

Russia’s economy is still working but sanctions are starting to have an effect.

These photos show how daily life continues as Kyiv enters its 2nd winter of war.

The U.S. will send a Patriot air defense system to Ukraine. How will it help?

A century and counting: Ukraine’s ongoing fight to free itself from Russia

Russia’s war in Ukraine is changing the world: See its ripple effects in all corners of the globe.

You can read past recaps here. For context and more in-depth stories, you can find more of NPR’s coverage here. Also, listen and subscribe to NPR’s State of Ukraine podcast for updates throughout the day.