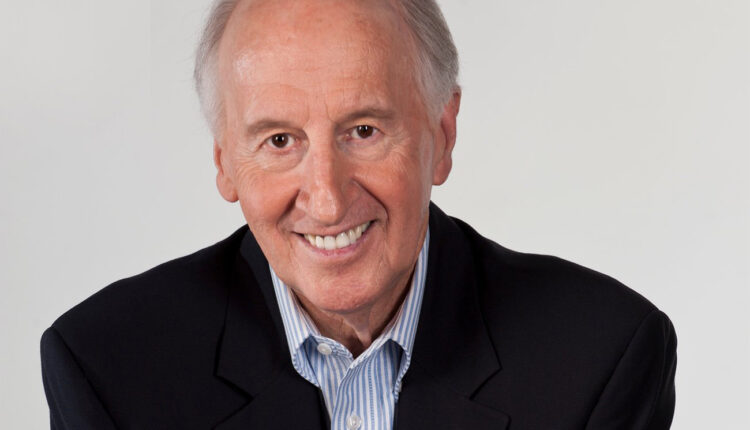 
(RNS) — The Rev. Jack Hayford, a popular Pentecostal leader and pioneer of the megachurch movement, often regarded as a “pastor to pastors,” died Sunday (Jan. 8) at age 88.

Hayford died peacefully in his San Fernando Valley home in Southern California, according to a statement from The Church on the Way, a church in Sherman Oaks and Van Nuys that he led for 30 years until 1999. He retained his membership there and received the title of pastor emeritus in 2015.

“On this side of eternity we are saddened by our loss, yet rejoicing that Pastor Jack stepped across the threshold into his eternal home to the Savior’s words, ‘Well done, good and faithful servant … Enter into the joy of your Lord,’” the statement read.

Hayford came to The Church on the Way in 1969, when it was known as the First Foursquare Church of Van Nuys. The church expanded from fewer than 20 to more than 12,000 members during Hayford’s leadership, according to a biography and legacy timeline of Hayford provided by The Foursquare Church, noting that the “growth marked it as a pioneer in the megachurch movement.” The Church on the Way launched a second campus after it acquired the property of First Baptist Church of Van Nuys in the late 1980s.

“I have a shepherd’s heart,” Hayford reportedly said in an interview prior to his death. “The highlight of my ministry was the pastorate. My heart has always been with the local church.”

Hayford, an author of more than 50 books, also composed hundreds of hymns and choruses, including the widely known “Majesty,” a worship song still played in churches worldwide. The inspiration for this song came while Hayford was vacationing in Wales and Scotland with his late wife, Anna, visiting many of the castles there and sensing how “one might feel if raised in such a regal setting,” according to The Foursquare Church.

In tributes across social media, Hayford is being remembered as a “giant in the faith,” a “humble minister” and a “spiritual father.”

Harvest Christian Fellowship Pastor Greg Laurie said Hayford was a “humble, godly man” who was very “Kingdom-minded,” adding that Hayford was a supporter of the Harvest Crusade in Los Angeles.

Ed Stetzer, executive director of the Wheaton College Billy Graham Center, remembered preaching at The Church on the Way and seeing Hayford, after his retirement, sitting in the front row, “asking if he could pray for me before the service.”

“He was both a great man (and) a humble man,” Stetzer said. Bryan Loritts, president and founder of the Kainos Movement, an organization that helps leaders start multi-ethnic churches, regarded Hayford as a “godly man full of integrity,” commending him as “one of the pastors who was front and center helping to bring healing to Los Angeles in the aftermath of the Rodney King riots.”

The group of about 1,000 pastors met three times a year to pray for the city and for their individual ministries, according to the archived story. “In an emotional three-and-a-half hour repentance service, leaders representing all ethnic groups pledged themselves to reconciliation and long-term cooperation among their churches,” World Vision reported.

Hayford was quoted in the story, saying that today’s racism was more subtle than the deliberate rejection that marked racism in the past. “This is a blindness — an unrecognized insensitivity to (others’) inner sense of pain and turmoil,” he said at the time.

In 1996, he founded The King’s College and Seminary, now the The King’s University in the Dallas area. Hayford remained active with the school as a chancellor before being named chancellor emeritus, according to The Foursquare Church. Shortly after, in 1997, he was co-emcee of the Promise Keepers “Stand in the Gap” assembly on the National Mall.

RELATED: Some Evangelicals Launch Campaign Against Global Warming, Others Protest

Hayford was also among a number of evangelical leaders calling for people to acknowledge and address climate change. In 2006, Hayford — along with Ron Sider, then-president of Evangelicals for Social Action, Bishop Charles E. Blake and then-Christianity Today Editor David Neff — signed an anti-global warming statement that represented the center of the evangelical movement.

Born in L.A., Hayford grew up in the Bay Area in Oakland, and after high school, enrolled at L.I.F.E Bible College, now known as Life Pacific University. During his sophomore year, in 1952, he met Anna Smith, whom he married two years later after an 18-month engagement. They had four children, 11 grandchildren and an extended family that spanned several dozen members, according to The Foursquare Church, adding that Hayford called Anna, who died in 2017, “the fountainhead of his life.”

“Anna and Jesus are the story of my life, in reverse order,” Hayford reportedly once said.

Hayford remarried in 2018 to Valarie Anne Lemire, who was formerly his mother’s personal assistant.

“Besides my dad, no one impacted me more for the kingdom than Pastor Jack Hayford,” said former Foursquare President Glenn Burris Jr., in a statement. “No one I personally know has impacted the body of Christ more than this man. His commitment to be ‘in the moment’ with Jesus at all times profoundly influenced me.

“His legacy lives on through the many disciples he left,” Burris said.

A CHAOTIC..but REALISTIC Week In My Life: deleting my social media, studying for exams, etc

Photos of the Week: Pope Francis in Africa; Candlemas

Buying Starbucks with gold? A Halal investing app is making it possible.