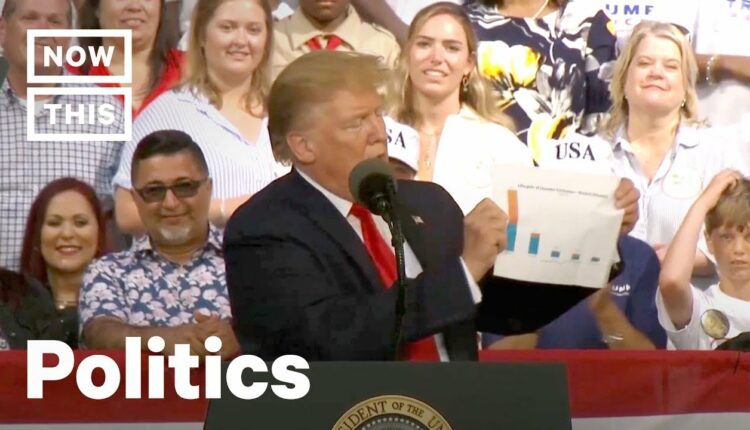 ‘I have a great relationship with the people of Puerto Rico.’ — Trump said Puerto Rico has received nearly 10 times more money for disaster relief than it actually has.
» Subscribe to NowThis: http://go.nowth.is/News_Subscribe

In US news, President Trump was caught in another Trump lie, this time at the Trump Florida Rally 2019 he claimed that Puerto Ricans received $91 billion in federal aid money after Hurricane Maria. In reality, the Trump fact check is that Puerto Rico received just $11 billion to deal with the Puerto Rico crisis post Hurricane Maria. Congress has not yet approved the $91B figure. Death toll numbers are another result of the storm Trump likes to dispute. Trump denies over 3,000 people died in the Hurricane Maria aftermath. Many leaders in Puerto Rico have spoken out against Trump and the Trump administration including the San Juan Mayor. No this isn’t a news satire comedy show, in almost every Donald Trump rally and Trump speech you can hear some Trump lies.

NowThis is your premier news outlet providing you with all the videos you need to stay up to date on all the latest in trending news. From entertainment to politics, to viral videos and breaking news stories, we’re delivering all you need to know straight to your social feeds. We live where you live.

Less than 100 Bitcoin ATMs added worldwide in the second half of 2022: Data