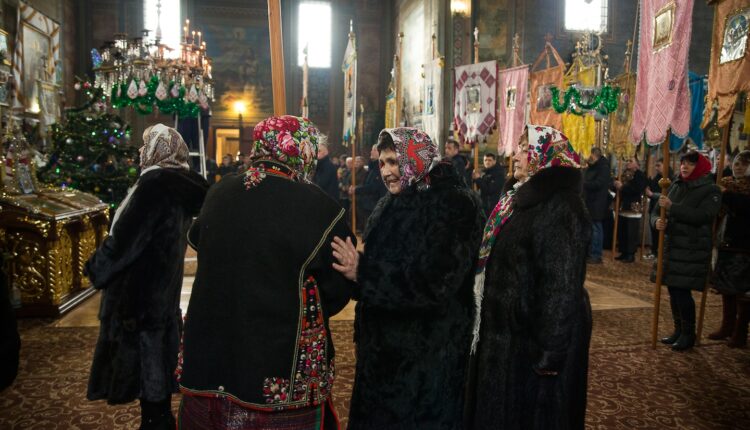 
Moscow’s unilaterally declared cease-fire came to an end after no sign of a letup in fighting in the 36 hours that it was apparently in place. Both sides traded blame for the ongoing shelling, which continued in the early hours Sunday and threatened to mar Orthodox Christmas celebrations. Ukraine had not agreed to the truce, viewing it as a ploy for Russian forces to regroup. The British Defense Ministry said the fighting continued at routine levels.

In a video address Saturday night, Ukrainian President Volodymyr Zelensky accused Russia of failing to adhere to its promise to temporarily suspend hostilities. “The world was once again able to see today how false any words of any level that sound from Moscow are. They said something there about an alleged cease-fire. … But the reality is that Russian rounds hit Bakhmut and other Ukrainian positions again.”

Here’s the latest on the war and its ripple effects across the globe.

“There is tons of censorship: what you can’t talk about, joke about, what songs you can’t sing or whose tracks you can’t play in order not to attract unwanted attention from the authorities,” Laura, a 21-year-old drag artist, told The Post’s Mary Ilyushina and Mary Gelman.

“Some clubs are dropping drag acts. But I’d say censorship is what worries me the most. Before this law there was freedom of speech. Now, for example, if there are a couple of men or a couple of women sitting in the audience, we can’t joke on any sexual topics because this would already qualify as ‘gay propaganda.’ It feels like we are all gathered at a birthday party for a 70-year-old grandma and we can’t take a step outside of what’s allowed.”

414: The Dogman House | The Confessionals

Q&A (AFTER LIVE STREAM) – "BITCOIN DEVELOPER HACKED FOR MILLIONS. ARE WE SAFE?"