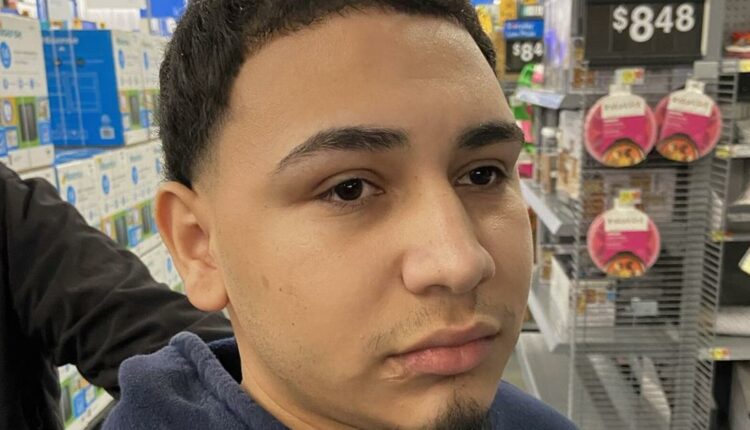 Adam Michael Edwards-Maldonado, 23, of Puerto Rico, was arrested without incident at the Rexburg Walmart around 10:15 p.m., according to U.S. Marshals.

Marshals said that Edwards-Maldonado shot Figueroa, an adult male in his 40s, several times after the two got into an argument.

Police in Puerto Rico identified Edwards-Maldonado as a suspect soon after the incident but he fled to East Idaho before he could be arrested, Marshals said.

According to a U.S. Marshals press release, “in October 2022, a Court in the Commonwealth of Puerto Rico issued an arrest warrant charging Edwards-Maldonado with murder. The Puerto Rico U.S. Marshals Fugitive Task Force investigated the case and contacted the U.S. Marshals Service, District of Idaho for assistance.”

Authorities said that Edwards-Maldonado was living with his family in a home in the community of Salem, located north of Rexburg, at the time of his arrest.

Edwards-Maldonado is currently being held at the Madison County Jail on a Puerto Rico warrant but is expected to soon be extradited back to the island commonwealth to face the murder charge against him.

“The arrest warrant that we executed, it appears the bail is $450,000…” said Paul Baxley, Chief Deputy U.S. Marshal for the District of Idaho. “It’s my understanding that this individual will likely have an identity hearing in front of a judge in Madison County… Then the issue of extradition will occur, and he’ll either submit to extradition or have an extradition hearing.”

Marshals said the arrest of Edwards-Maldonado was made possible by the help received from Rexburg police.

“We really appreciate the assistance by the Rexburg Police Department and really value those partnerships, because they allow us to get the job done,” Baxley said. “We couldn’t have done it without them.”

“Don’t run to Idaho because we’ll get you,” said Deputy Marshal Ryan Weishaar.

WE WENT ON A GIRLS TRIP TO PUERTO RICO…🇵🇷 PT 1