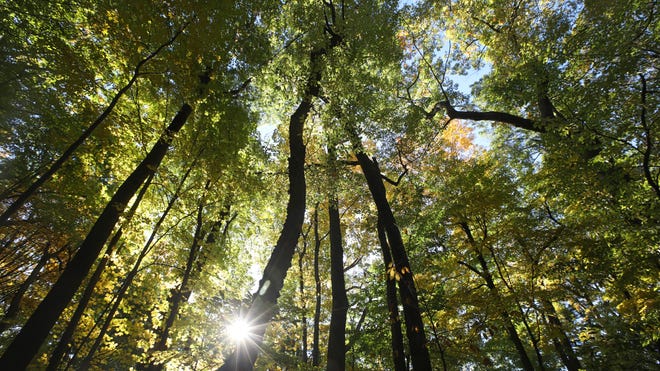 Democrat and Chronicle stories that made a difference in 2022


Many of us have driven through Rochester neighborhoods and not thought of trees, or the lack of trees, as a political matter or a health concern.

Yet Democrat and Chronicle reporter Justin Murphy did just that at one point, leading to a groundbreaking, grant-funded project about the disparities in tree planting across the city of Rochester and its impact over the past century or more. His work led to greater awareness of the need to plant more trees in poorer neighborhoods and helped spur some plans to do so.

This is but one example of how D&C reporting and videography can serve as a catalyst for positive change in Greater Rochester. Local journalism has a longstanding “muckraking” tradition to it, based on the reality that good reporting can help communities see needs and address them.

For the first time this year, we are publishing an impact report detailing just some of the significant stories we delivered in 2022 that helped open eyes and possibly lead to progress. We plan to make this an annual tradition, as a reminder to our readers and to ourselves that when we deliver news of public interest and public impact, that amounts to public service.

Here are the stories that made a difference in 2022, told by journalists at the D&C and on our New York State Team:

During the past year, Rochester has become ground zero in New York state for allegations of past fertility fraud. We have written of cases, particularly involving one longstanding OB-GYN in the Rochester area who subsequently lost his hospital practice privileges, and we have highlighted the lack of law in New York to confront it. Our focus on these cases spurred calls for state action. “The uptick of what we’ve been hearing about locally created some urgency around it,” said state Sen. Samra Brouk, who co-sponsored fertility fraud legislation. Legislation did not pass in the last session in Albany, but lawmakers tell the Democrat and Chronicle that there will be a more concerted push in the next session during 2023.

More:Woman says NY doctor secretly fathered her and then violated her as OB-GYN

Our reporting on tree-planting patterns in Rochester, N.Y., included an ambitious program of public appearances, contributing to a renewed sense of community awareness about the inequities of access to shade and other associated benefits. Numerous readers subsequently shared stories about their favorite Rochester tree. The reporting has been echoed in policy conversations, and Rochester’s Mayor Malik Evans concluded, “I now see the disparity is real.”

More:How did some Rochester neighborhoods become greener than others?

More:Read about Rochester’s most beloved trees and share your own story

More:Rochester’s trees are celebrated, but not everyone gets to have their time in the shade

More:This project mapped every tree in Rochester. Here’s how we did it

We wrote about Frances Barrier Williams, a long-overlooked Black lecturer and suffragist who was a Western New York native. She organized a Black women’s club movement and helped found the NAACP in 1912. We pointed out the “dearth of monuments to or acknowledgements of Barrier Williams’ existence in Brockport and in the state as a whole. The woman whose work helped shaped the lives of so many is at risk of being forgotten.” Our story led to action. The article was subsequently included in State University of New York at Brockport documents resolving to rename a building on campus for Barrier Williams.

Report on moonlighting schools official leads to her resignation

Our reporting on Rochester City School District Monitor Shelley Jallow’s second job with a downstate charter school organization led to a storm of criticism that she wouldn’t be able to do monitoring properly, a role that is vital to improving educational outcomes for children. Jallow resigned from that second job.

We connected three Revisiting the Rochester Narrative summer fellows with The Avenue Black Box Theatre, a BIPOC-owned arts center located in a neighborhood known in the region for street violence. The fellows created an inflection point in the newsroom’s relationship with a community we’ve historically overlooked. We conducted a storytelling workshop for teens at the Black Box and hosted a community block party attended by a couple of hundred people (and supported by donations from community businesses including Tops supermarkets).

Our coverage of a new agency for renewable energy projects generated dozens of angry letters to the editor. The stories describe how the state of New York, unhappy with the pace of approvals for renewable energy projects, created an agency to streamline the process so it can meet its climate goals. The decision angered residents of upstate towns who fear prime agricultural land will be lost to developers of wind and solar farms.

We spent months digging into federal tax records to reveal $73 million in payouts to hospital executives during the pandemic, created a database to let New Yorkers search for hospital executives’ pay and reported on frontline health workers’ financial inequality within the hospital industry. Labor unions and health workers have since cited the investigation’s findings during their ongoing attempts to secure better pay and benefits that reflect frontline workers’ sacrifices amid the COVID-19 pandemic.

Our investigation revealed at least 50 cases of hospital patients being improperly restrained in New York, including men and women handcuffed, hit with batons, drugged, and left strapped to beds up to 12 hours without regular check-ups and water. The months-long probe included analysis of reams of hospital inspection reports obtained via public records request, as well as interviews with national experts. It also uncovered why thousands of hospital patients are restrained in emergency rooms and other hospital wards across New York with limited independent oversight. Several New Yorkers have cited the investigation when filing complaints with state officials about their firsthand experience being restrained at hospitals. That includes the story of a New York man who claimed improper restraint for 34 hours published in USA TODAY Network sites across New York.

A months-long USA TODAY Network New York investigation revealed why thousands of nursing home complaints languished unresolved during the COVID-19 pandemic. It also spotlighted the harrowing stories of New Yorkers who fought to protect their relatives living inside the facilities, despite the government oversight failures. The probe included interviews with a dozen relatives of nursing home residents who died of COVID-19 and analysis of hundreds of pages of complaint documents obtained via public-records request. Our investigation prompted several state lawmakers to call for legislative oversight hearings into how New York’s response rate to complaints about conditions in nursing homes went so wrong during the pandemic and pursue reforms to improve the health and safety of nursing home residents.

More:35,600 nursing home complaints flooded NY amid COVID. Here’s what happened to each one

As the local news business continues to face change and challenge, a newer area of supporting local journalists involves philanthropy and community partnerships.

Numerous nonprofit organizations are making funding and training and other resources available to help local newspaper such as the Democrat and Chronicle fill gaps and expand coverage and serve members of marginalized communities. And we’re finding that strategic partnerships with local organizations based in neighborhoods we’ve not always served well are a portal to gaining new perspectives and meeting new sources for news coverage.

Cases in point here in Rochester:

Rochester Area Community Foundation: The Democrat and Chronicle is grateful to the Rochester Area Community Foundation for a generous grant received in 2022 to help the newspaper connect more effectively with diverse readers in Rochester and nearby communities. The grant this past year funded the Revisiting the Rochester Narrative fellowship effort, in which three students or recent students explored the history of disinvestment and community effort to make improvements along Joseph Avenue. The grant also supported an effort to reach neighborhood residents through texting and helped fund two Report for America journalists (more below). Going forward, the grant will help us connect with high schoolers interested in becoming journalists.

The Avenue BlackBox Theatre: Located on Joseph Avenue and led by founder, CEO and artistic director Reenah Golden, The Avenue BlackBox Theatre is a creative haven for artists, musicians, students and others. During 2022, our Revisiting the Rochester Narrative fellows Genae Shields, Madeline Lathrop and Justice Marbury spent considerable time there meeting people and developing story ideas. The fellows and other D&C journalists organized a storytelling workshop for students in August. Later that month, the D&C and The Avenue hosted a “No Shade All Shine” block party supported by Tops supermarkets. And still later in August, the fellows’ journalism – text, photos, video – was exhibited at the arts center. Look for more to come in 2023!

Report for America: The Report for America effort, supported by The GroundTruth Foundation, helps fund journalists at local news sites with the intention of filling coverage gaps amid the change and challenge facing the news business. In 2022, Report for America helped fund the work at the D&C of Natalia Rodríguez Medina and Adria R. Walker. Natalia wrote about the local Puerto Rican community before departing in summer. Walker is now a member of our New York State Team and wrote considerable numbers of stories out of East Buffalo following the mass shooting in May.

New York-Michigan Solutions Journalism Collaborative: The D&C has for the past three years written about solutions for caregivers of color, its work supported by the Solutions Journalism Network. As the pandemic has highlighted, family caregiving is an enormous set of unmet needs. Caregivers are often facing financial burdens, a physical and mental health toll and can become quite isolated. Paid caregivers face their own challenges as well, reflected in the massive lack of such individuals as the need has grown.

The D&C’s connection with the Network led to membership in the New York-Michigan Solutions Journalism Collaborative, whose members also include WHEC, WXXI and The Minority Reporter. Very recently, the Collaborative granted funds for a full-time caregiving solutions reporter who will partner with other Collaborative members to vet possible caregiving solutions for what we call young caregivers – persons younger than 50 and often still students who seek balance in their lives as they care for a loved one. Our goal: to deliver more such content on social media channels such as Instagram Reels where younger caregivers would be more likely to see our work. Look for more on this important initiative in the months ahead.

Puerto Rico Treasury reports $817M in revenue for Nov. ’22 – News is My Business