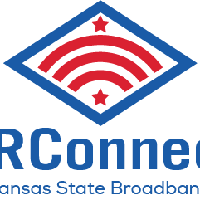 
The Arkansas State Broadband Office is urging Arkansans to verify a federal broadband map to ensure the state receives the maximum funding available and that those funds reach regions that need broadband most.

The Federal Communications Commission has released a new broadband map showing high-speed internet availability across the country. The National Telecommunications and Information Administration (NTIA) will use this map to guide the distribution of funding for building broadband infrastructure through the $42.5 billion Broadband Equity, Access, and Deployment (BEAD) program.

“This local mapping verification effort is important as the state moves into its next phase of broadband infrastructure buildout, beginning (this) year,” Secretary of Commerce Mike Preston said in a press release. “Not only does this process impact the amount of funding Arkansas may receive, but it may also impact which areas of the state remain eligible for funding.”

Each state, Washington, D.C. and Puerto Rico will receive an initial allocation of $100 million. Another $100 million will be divided equally among the U.S. Virgin Islands, Guam, American Samoa and the Commonwealth of the Northern Mariana Islands.

The remaining funds will be distributed based on a formula that considers the number of unserved and high-cost locations in the state, based on FCC maps, according to NTIA. The first priority for funding is providing broadband to unserved areas (below 25/3 Mbps), then underserved areas (below 100/20 Mbps) and finally community anchor institutions (1/1 Gbps).

While previous maps used Census blocks, this new map uses address-level data, which provides a more specific and accurate look at broadband availability, according to officials. The new map also offers a way to verify the data through a challenge process.

Arkansans can visit www.broadbandmap.fcc.gov and type in their address to verify their location and available internet speeds. If the information is incorrect, you can submit a challenge.

“This is an opportunity for local communities to be empowered and have a voice in national and state broadband mapping efforts,” State Broadband Director Glen Howie said in a press release. “Any Arkansan who is unsatisfied with the availability or quality of their internet service should challenge the new federal broadband map as soon as possible. The time to act is now.”

The NTIA will use the new federal map to determine state funding allocations for the BEAD program by June 30. All challenges must be submitted by Jan. 13 to impact the distribution of BEAD funding.

Bullion Dealer Issues Dire Warning for 2023! Silver and Gold are an Urgent MUST!

Two Leaders Of Violent Drug Cartel Sentenced To Life And 50 … –…