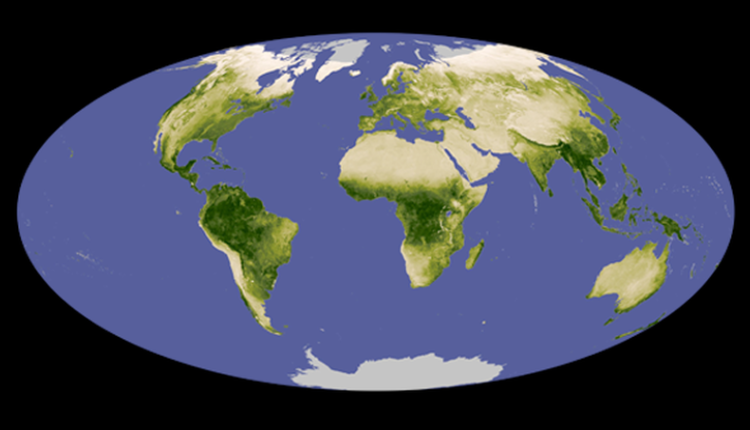 Science News Briefs from around the World: January 2023

Narwhals seem to be migrating later every year as ice-coverage patterns change in Arctic waters. The unicornlike whales were thought to be particularly vulnerable to climate change because of their 100-year life spans and slow evolution, so this behavioral shift bodes well for their adaptability.

Researchers have identified a new type of ecosystem, which they have named the “trapping zone,” in the Indian Ocean. In it, swarms of tiny traveling animals get stuck among rocks and reefs, becoming easy prey for sharks and other large predators.

Scientists found evidence that a giant kangaroo species that walked on all fours lived in New Guinea until 20,000 years ago, thousands of years after most megafauna went extinct in neighboring Australia. The researchers suspect giant mammals lasted longer on the island because far fewer humans lived there.

Drone footage suggests the Saudi government has begun constructing a city that officials have claimed will be 105 miles long and 0.1 mile wide—and enclosed within giant mirrors to blend with the landscape. The city is designed to be traversable by foot or rail, with a low carbon footprint.

A study of chimpanzees at the Chimfunshi Wildlife Orphanage Trust shows the animals instinctively synchronize their steps when walking next to each other. This behavior is also seen in humans, suggesting that the unthinking coordination of basic motions is a shared ancestral trait.

This article was originally published with the title “Quick Hits” in Scientific American 328, 1, 20 (January 2023)

Discover world-changing science. Explore our digital archive back to 1845, including articles by more than 150 Nobel Prize winners.

Should I Invest or Save Extra Money in a Bear Market?

How Scientists Are Using AI to Talk to Animals

The Antibiotic Resistance Crisis Has a Troubling Twist